Our last stop on our trip to Quebec City was at the Aquarium du Quebec.  It's just south of the city, so we stopped on our way home. 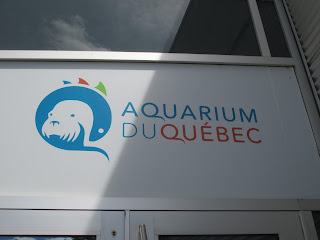 They had a couple of different buildings, plus a huge outdoor area for some of the animals.  Plus a couple of cool sand castles! 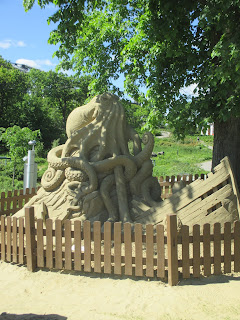 The first building we went into had lots of beautiful jellies! 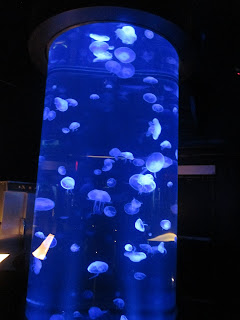 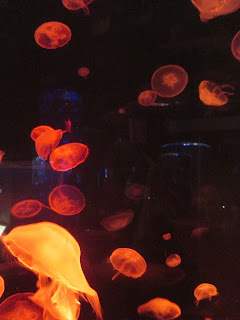 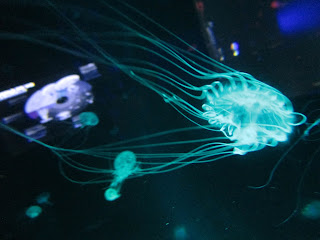 And some cute seahorses. 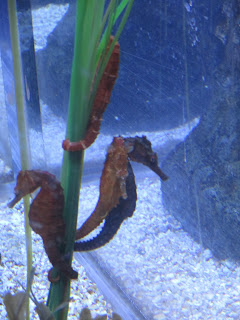 A tank where you could pat Manta Rays......although, as usual, they like to swim juuuuuuuuust out of reach! 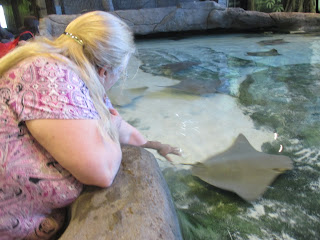 Outside was a very active Polar Bear.  He loved his big plastic trash can, and cavorted around in the water playing with it. 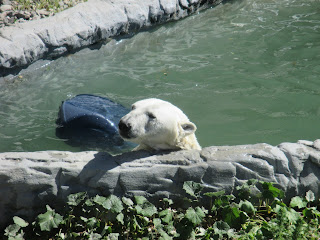 They had a huge group of walruses.  There were two females and two babies in one tank, and a male in a separate tank.  They were very active as well, and put on quite a display of swimming and diving.  (the markings you see on their arms are just the way the sunlight came through the canopy!) 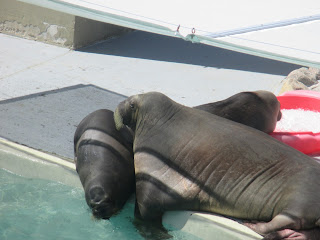 Mom and baby go for a swim together. 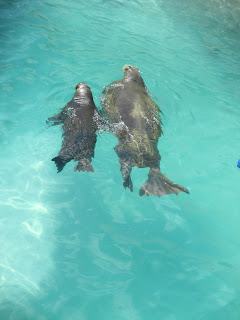 For some reason, they had an arctic fox.  Not really an animal you usually see in an aquarium.   This little fox is waiting for his food. 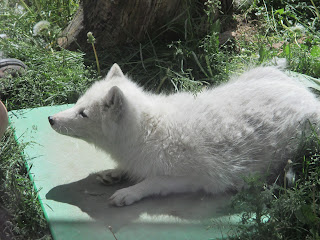 We were just in time to see the sea lion show.  Kind of funny to listen to the whole thing in French! Although the tricks the sea lions did were all the same! 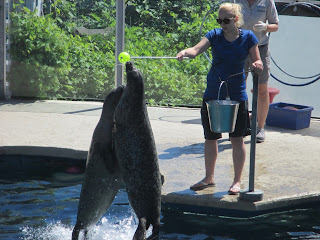 Inside the second building they had a small tunnel you could walk through so the fish were swimming all around you. 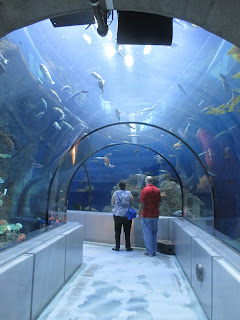 It was a very nice little Aquarium and very well kept.  It was a fitting finale to our trip to Quebec!