A relaxing weekend off?

I work for AAA, and sometimes we get a few perks.  This weekend, I had the chance to stay at a hotel that had just been bought by a new company.  They wanted to show us their facility, and what better way than to let us have a free night there.

The hotel has a water park inside.....so they gave us a free night, plus a pass to the water park, plus free breakfast.

Since Hubby and I have been working so hard on our renovation, I thought it would be nice if we made this a "non-working" weekend.  So we made plans to visit the Peabody Essex Museum, and the Cape Ann Art Museum while we were down in that neck of the woods.

We headed out Saturday morning and went to the Peabody first.   It was a nice museum, but have to say not a favorite.  It had a somewhat eclectic mix of displays, mostly Asian art, but some American art, Maritime stuff and a special exhibit that was so bizarre I cannot describe it.

Thankfully, a friend told me not to miss the Chinese House, so we made sure we paid the extra $5 apiece and went in.  It was pretty cool that they took a 200 year old house from China and brought it here to Massachusetts and re-assembled it on the grounds of the Museum.   We took a walk outside down to Pickering Wharf as well.

We checked into the hotel, I did my "mandatory" tour, and we went out to dinner.  After dinner, we figured we'd spend an hour at the water park.   When I went on the tour earlier, the park was absolutely packed with kids and families.  Thankfully, when we went back at 8pm it was quieter, and we got to try out the slides and the lazy river for an hour.

Sunday morning we had our breakfast and then took off for Gloucester for the Cape Ann Museum.  Unfortunately, we didn't realize that it didn't open until 1pm.   (You'd think our AAA counselor would have picked up on that.)

So we decided to drive over to the waterfront and walk over to Stage Fort Park.   On the way to the waterfront, we found the Gloucester Main Street, which we'd never even realized was there.   Since we had so much time, why not get out and walk up and down and see which little shops were open?   Unbelievably, Hubby found a used record store!!!  I'm sure he could have spent hours in there, but he browsed for a little while and came up with ten records he had to have!!

The waterfront turned out to be so cold we couldn't stand it, so we stopped at a little diner to use the bathroom and have a cup of coffee - and a little bit to eat since we felt bad going in there just to use their bathroom and drink coffee.

Finally we went to the Cape Ann Museum which was a very nice museum.   Lots of Maritime stuff as well, but a great display of young people's work that I enjoyed.

All in all, not the most relaxing weekend, but so wonderful to spend time with Hubby doing something other than sanding, painting, cleaning, building, etc etc etc!!

And these bodies are slowing the motion

We've been working hard....super hard....on our living room renovations.   And now we've stalled.  I thought our floor would be all done this past weekend.  Unfortunately, the floor sanding didn't go as well as we'd hoped.  Although we spent all day sanding, some of the floor looks like this: 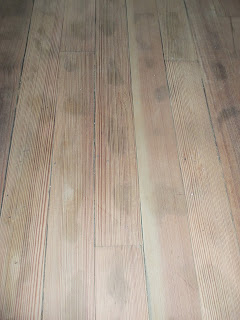 From the comments I received on Facebook, these are probably urine stains from pets.  Now, a little bit of an "antique-y" look is fine.   We got all kinds of comments on our bedroom floor even before we finished it. 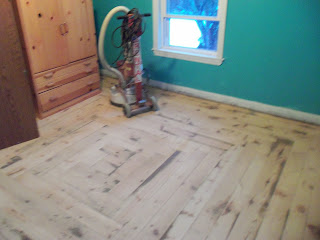 People thought the darker areas gave it character.  And I have to agree.......it did look cool and even better now with the finish on it: 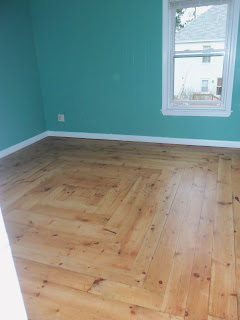 Somehow, pet urine stains do not fall into the "antique-looking" category.   Through research on the internet and advice from friends, we've determined we'll probably try to bleach the stains out.  Which, in my mind, means we'll have to bleach the whole floor because I don't want to trade the urine stains for bleach stains.

In the meantime, I was lucky enough to get a free hotel night from my work.  The place they're sending me (and a guest, so I chose Hubby!) has an indoor water park.  So we get to attend a hotel tour, participate in a reception with food and drink, enjoy time in the water park, and have a free breakfast in the morning.

I determined a few weeks ago that Hubby and I deserved a much-needed weekend off from living room renovation.  So we are going to enjoy the whole weekend.  Friday night we will attend a show with tickets given to us by my son for Christmas.  Saturday we'll visit the Peabody Essex Museum, which is in the same town as the hotel.   We'll have our hotel night and water park fun, then Sunday we'll spend the day in Gloucester visiting the Cape Ann Art Museum.

And then, supposedly, we'll be all ready and raring to go to finish the living room!  uh huh!!

A Body in Motion Stays in Motion

So, last year, Hubby and I were complete couch potatoes for the whole months of January and February.   We....did....nothing.    No work on the house.  We didn't have any (get that, ANY) snow at all.  We didn't even go out to hear any music or sing at open mics.

And there was no good reason for it.  We were just slugs! Finally, we began our bedroom renovation around about the beginning of March. 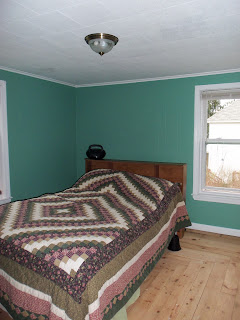 I felt, at the time, as if we were caterpillars coming out of a cocoon.  The warmer weather got our sap going and we finally got off our butts and did something.

This year could not be more different.   This year we (make that, I) decided we would renovate the living room.  I knew it was going to be an immense project, so I declared we would begin right after the holidays.  Sure enough, on the first Saturday after New Year's, the demolition began. 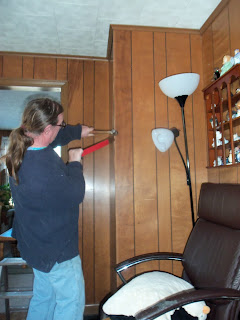 Since then, we've been working our hineys off every weekend.....tearing down plaster, fixing floors, building chimneys: 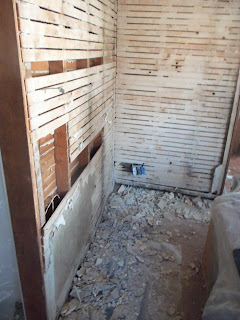 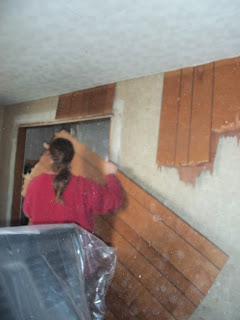 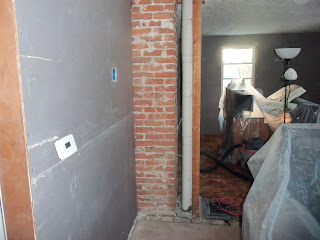 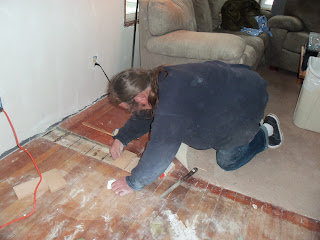 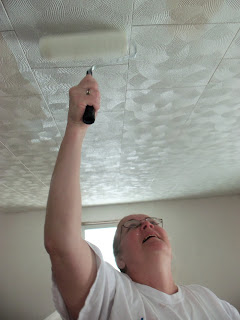 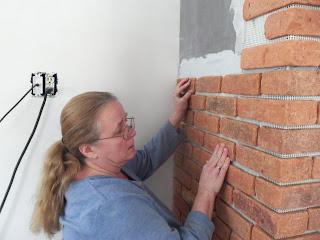 The funny part is, we've also been very busy in other areas of our lives.  We've had more snow this year than we've had in many years past.  (It's snowing right now....March 8th and it's probably at least 8 inches).   We've been busy dealing with that.

We've been going out to hear music weekly.  This weekend, we plan to hear local music three nights in a row!

I've been getting up early every morning to go to the gym.   I've only missed two mornings since January 2nd.
(I guess we have to make today three mornings.  Can't get out since the roads weren't plowed yet).

There's been very little couch-potato-ing going on.  (Much to Hubby's chagrin....I am a harsh taskmaster)   It seems that once you get up off that couch and start moving, your body just doesn't want to stop!

There will be at least another month of renovation on the living room.  And that should bring us to just about the right time to start gardening and planting and working outdoors.

No rest for the couch potatoes!

Wow...March 1 already!!!  Thank GOD February is over!  I'm hoping its going to bring with it a new turn of events.  So far, things are better than they were at the beginning of February.

The living room is coming along.

We got a new car for Hubby.

I'm happy that the things we're doing in the living room now are building UP instead of tearing DOWN.  We do still have to rip up the carpets and sand the floor.   After that it's painting, putting up woodwork, and varnishing the floor.   I'm still hoping we'll be done by the end of March/beginning of April.  Or maybe the end of April...............
Posted by Karen at 5:14 AM No comments: