Noah chomps on some pre-dinner chocolate while Mom Wendy and Uncle Matthew look on.  Elsie is smiling in the background. 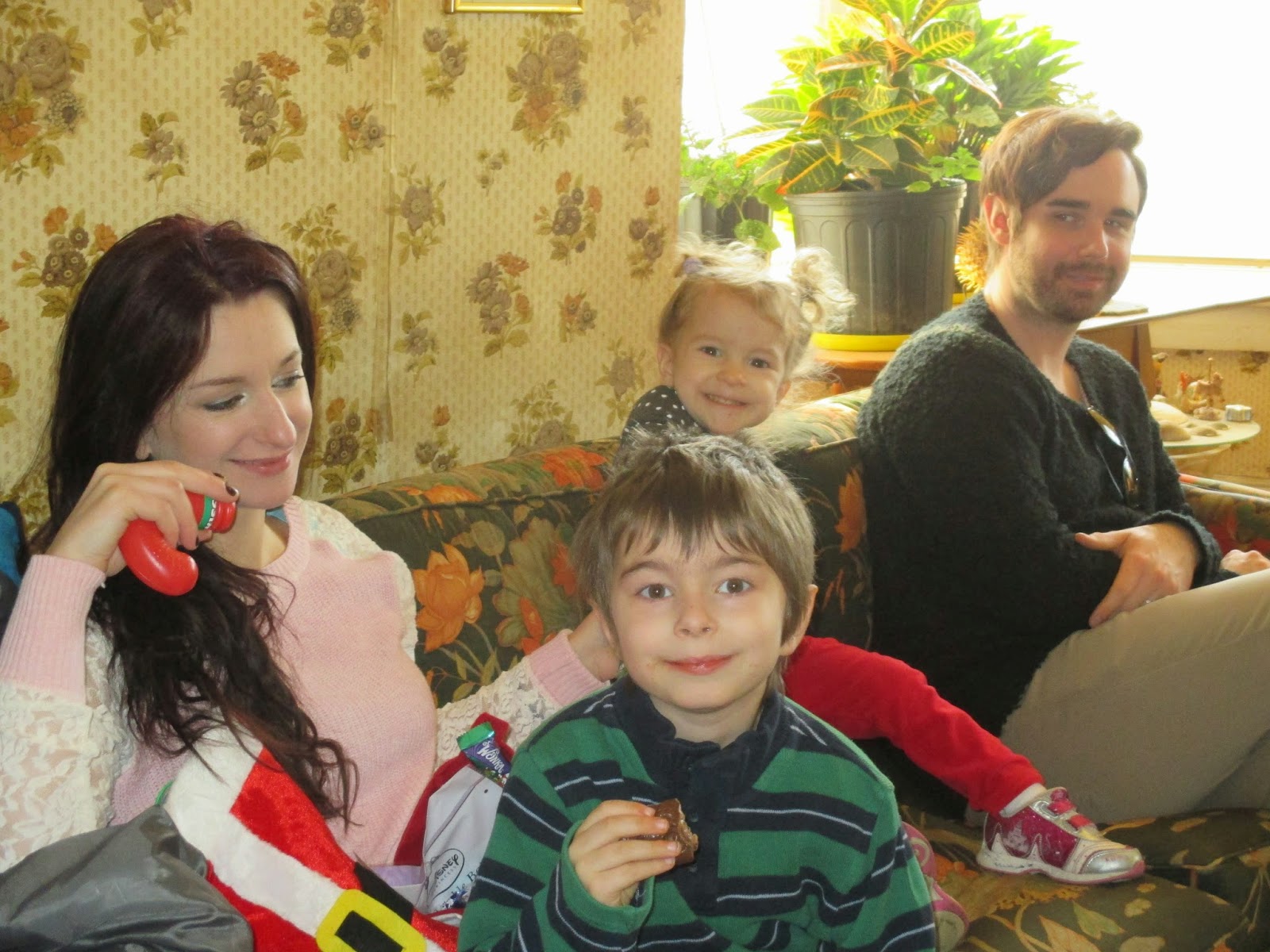 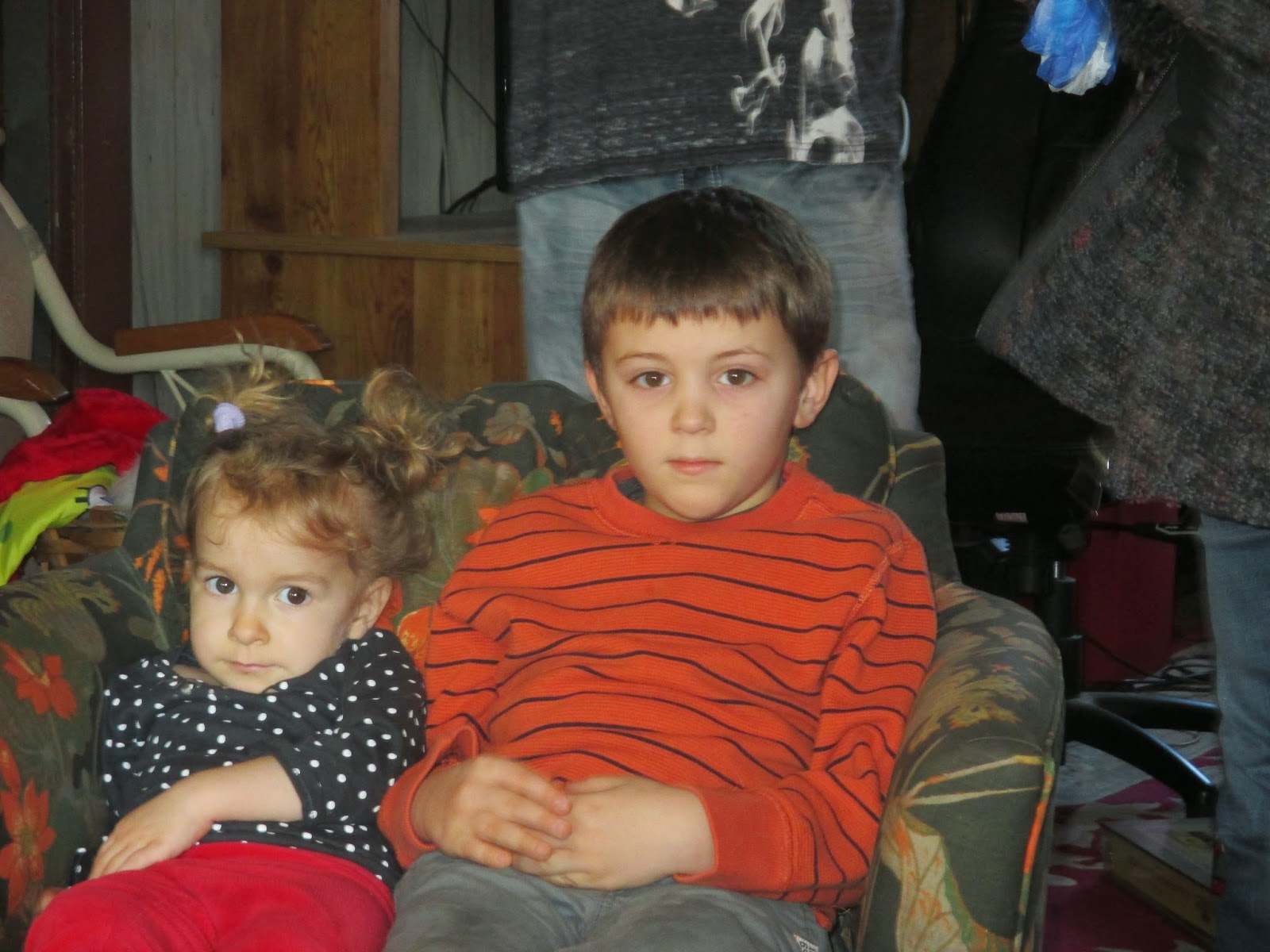 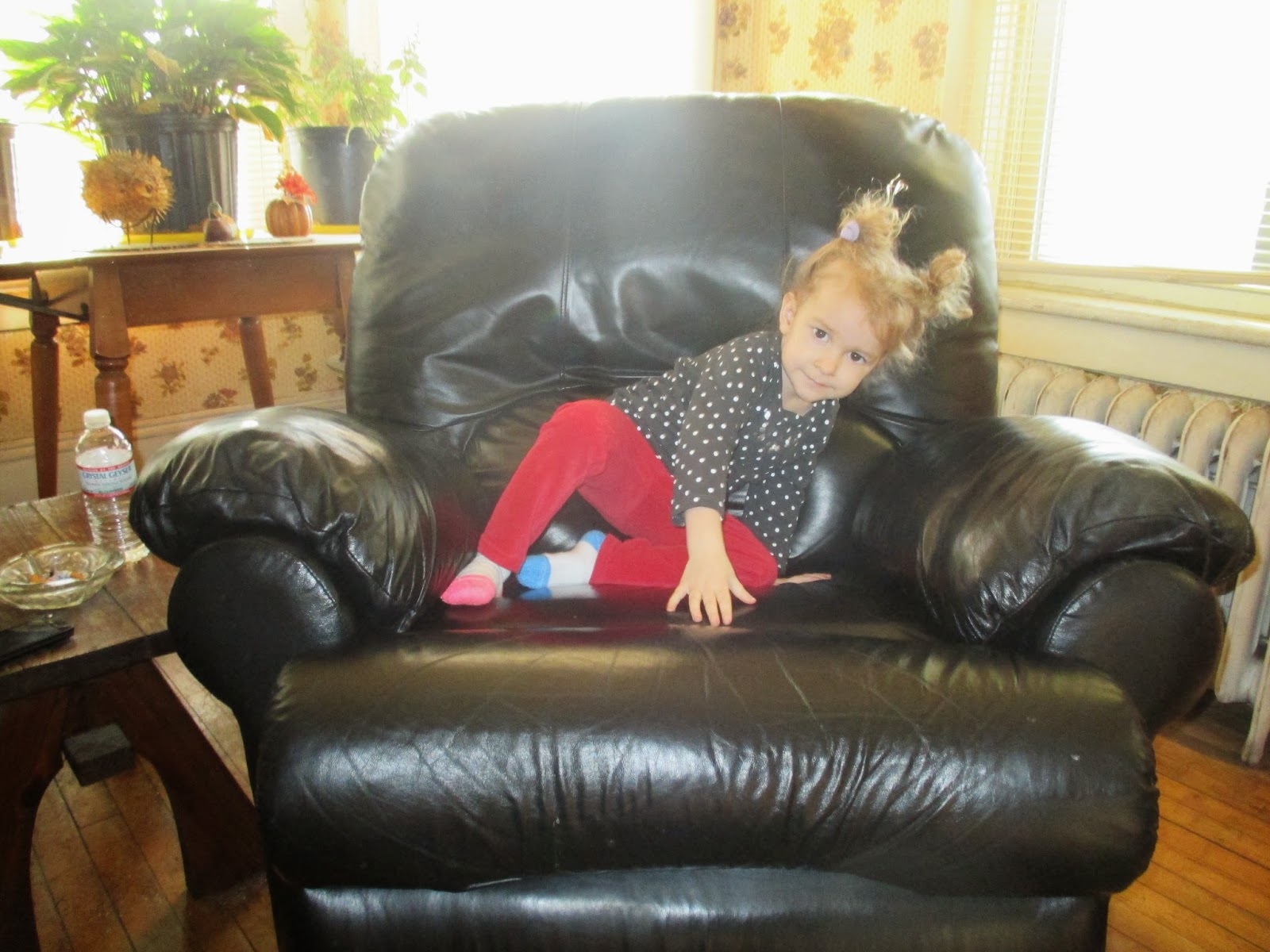 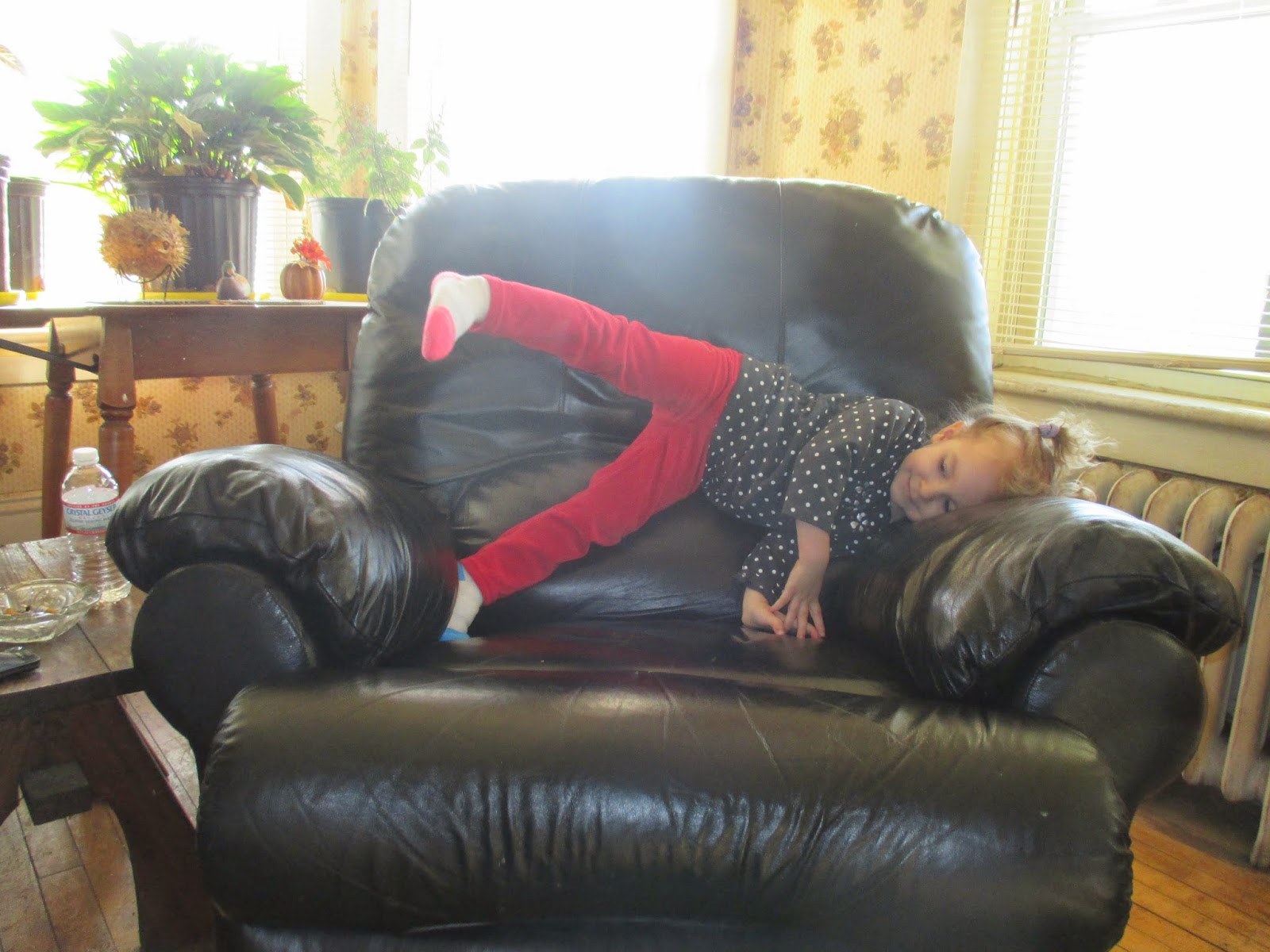 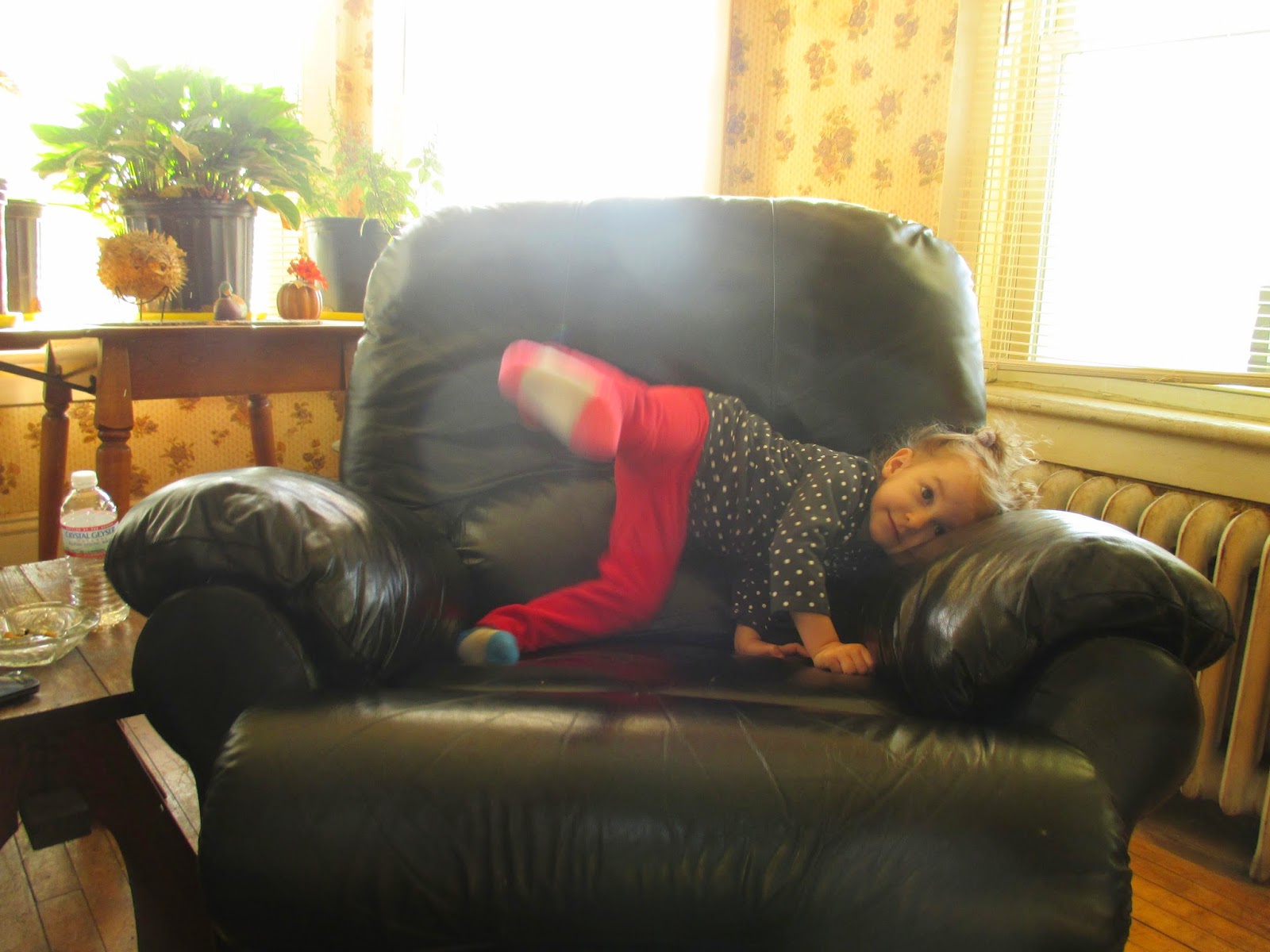 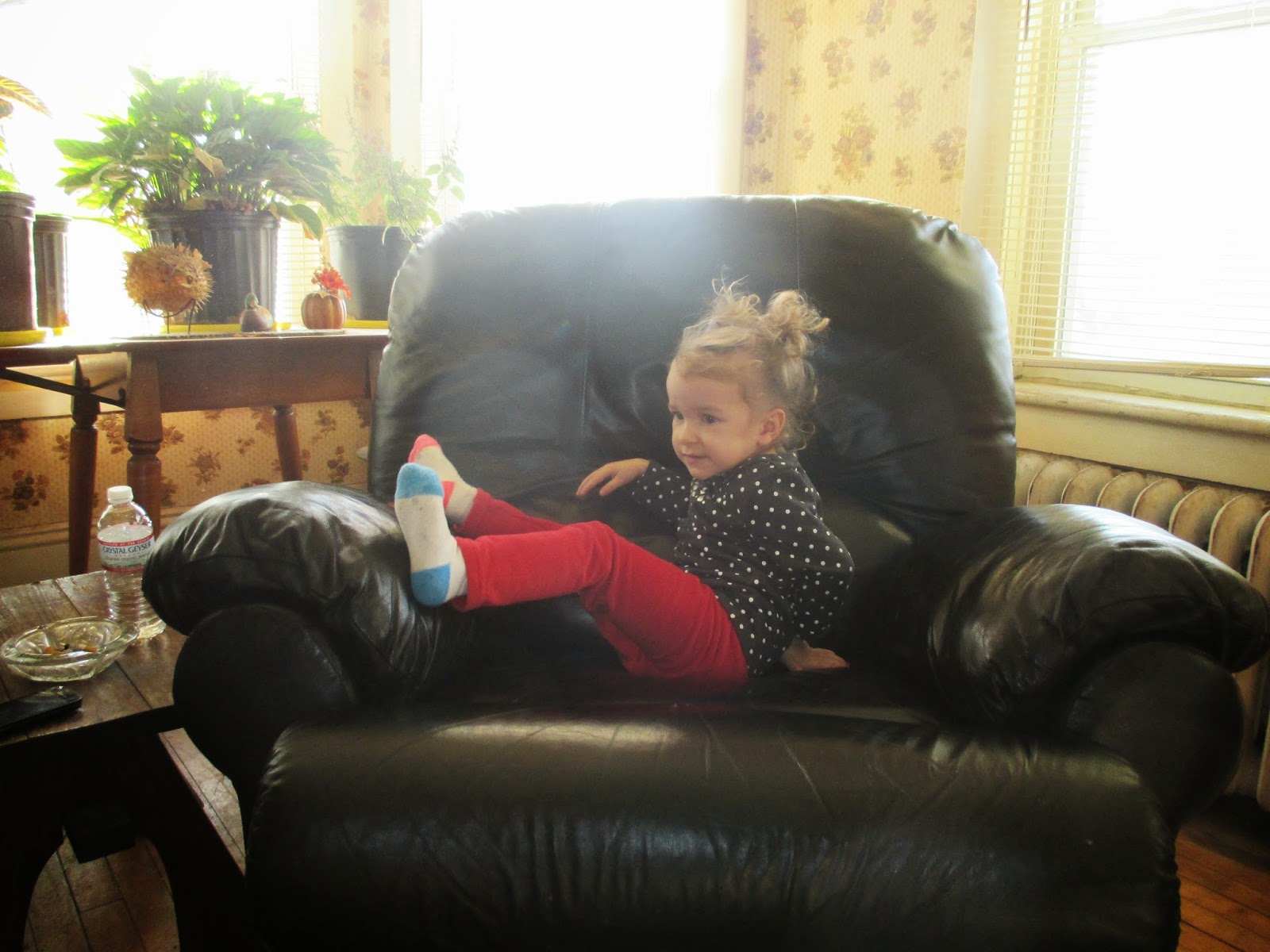 And finally settled in to share the chair with her brother Noah. 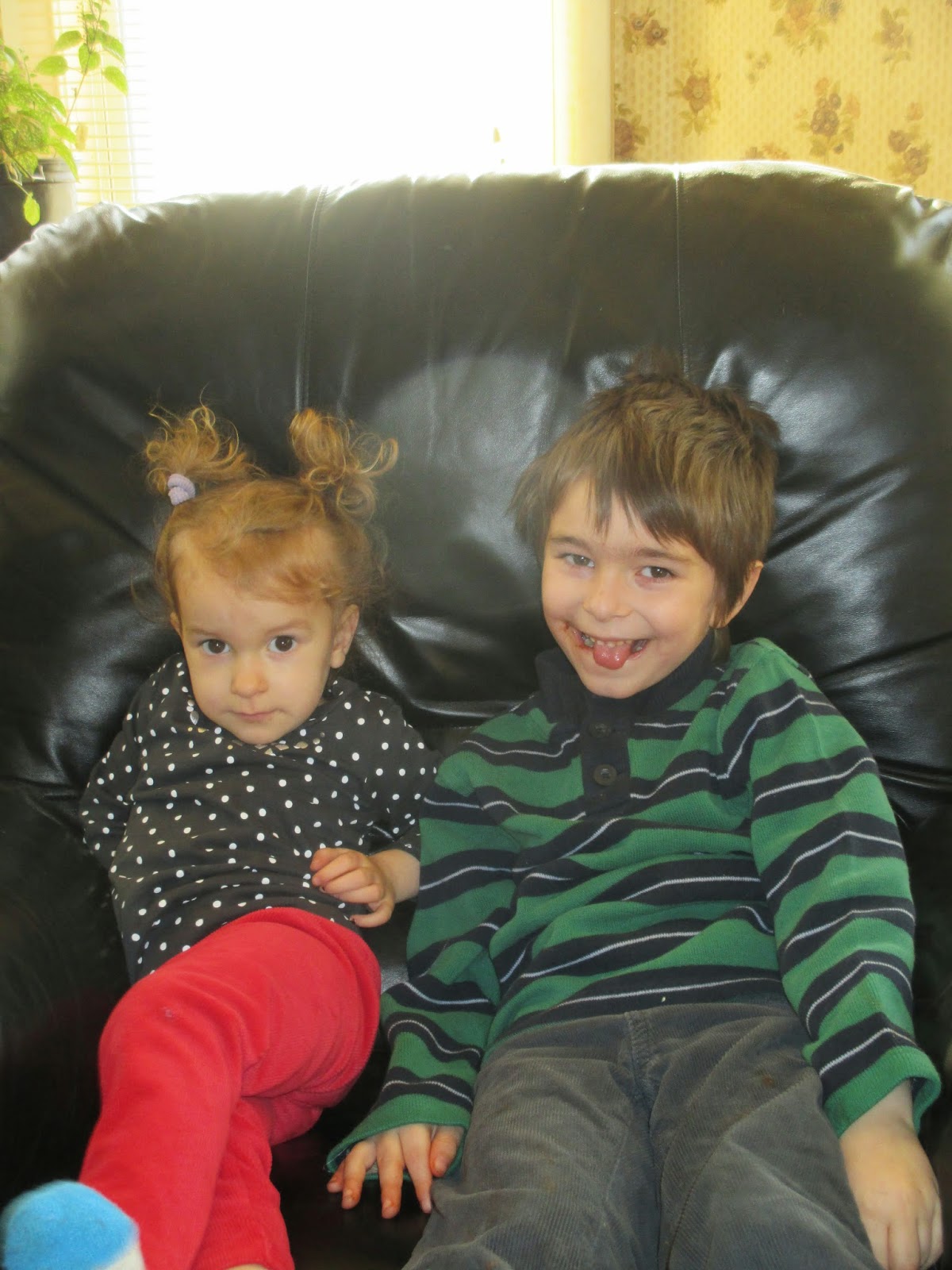 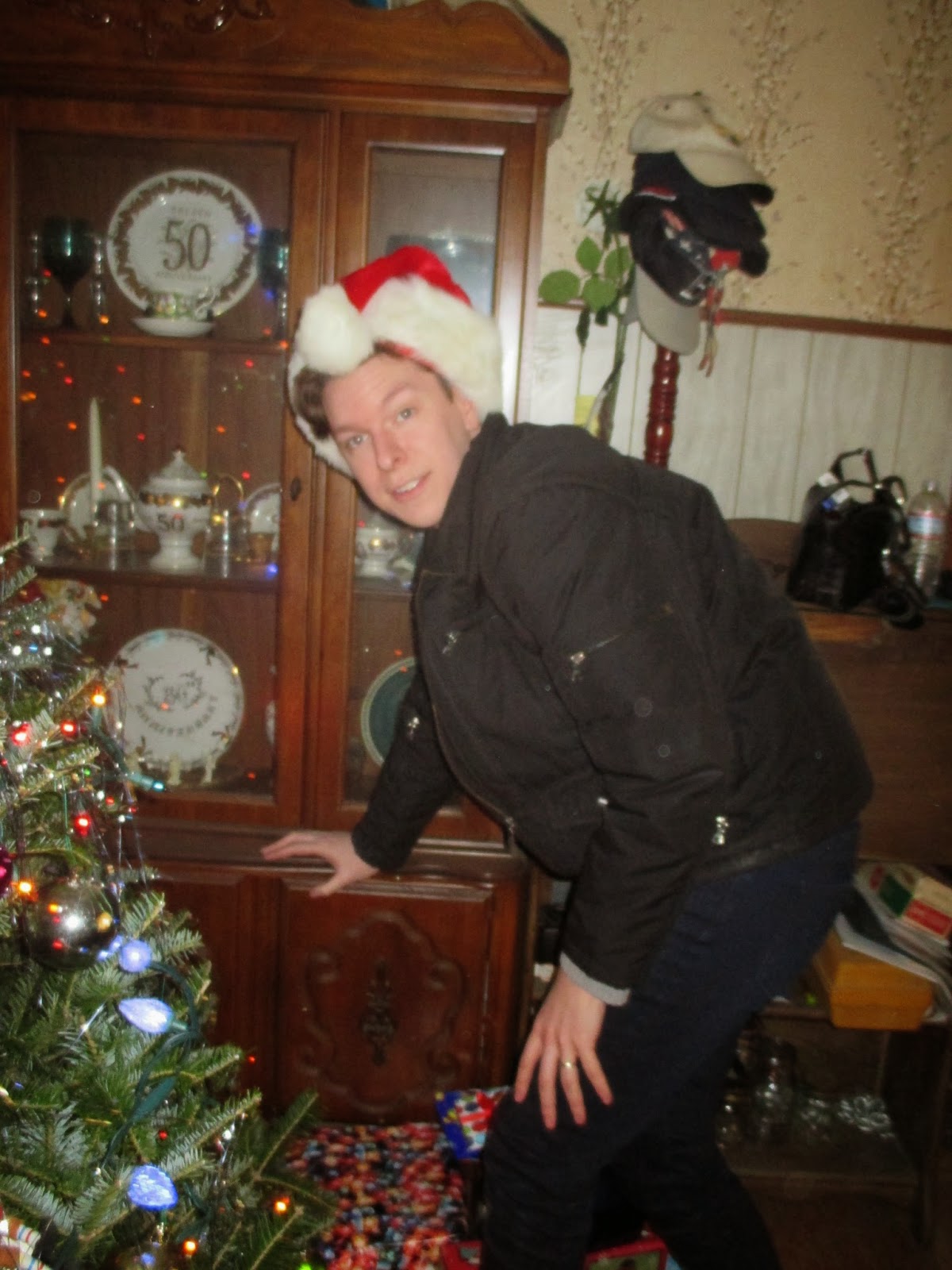 Noah and Elsie (and Gabe) got plenty of gifts to open.   Yes, that is a gigantic "Whitman Sampler" that Elsie is sitting on, courtesy of Kenny.  Hubby ended out getting it in the gift swap! 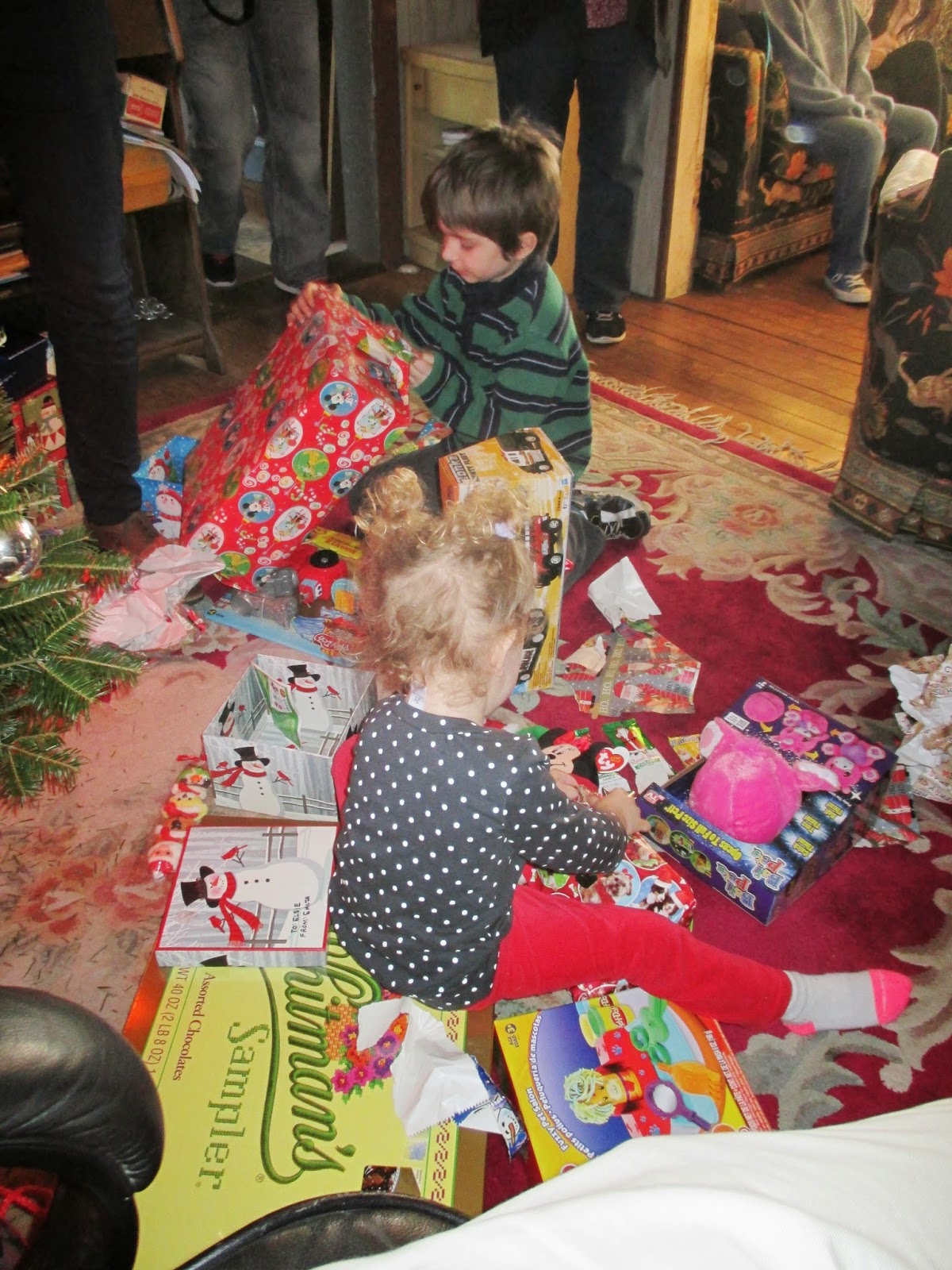 Kenny gave us all the rules and passed out the numbers for the Yankee Swap. 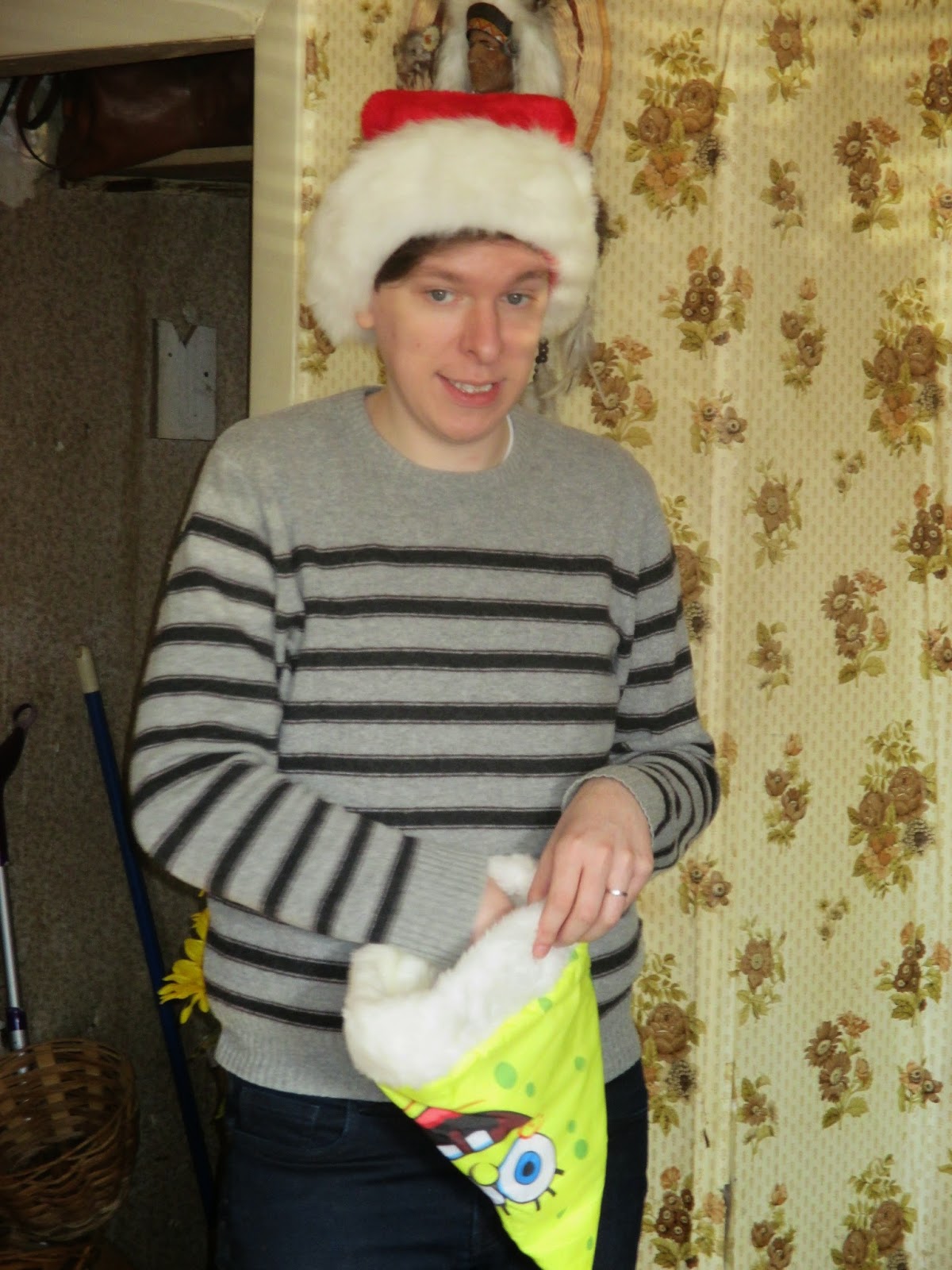 "The Ove Glove" got exchanged with Jeanne for some Parker's Maple Syrup. 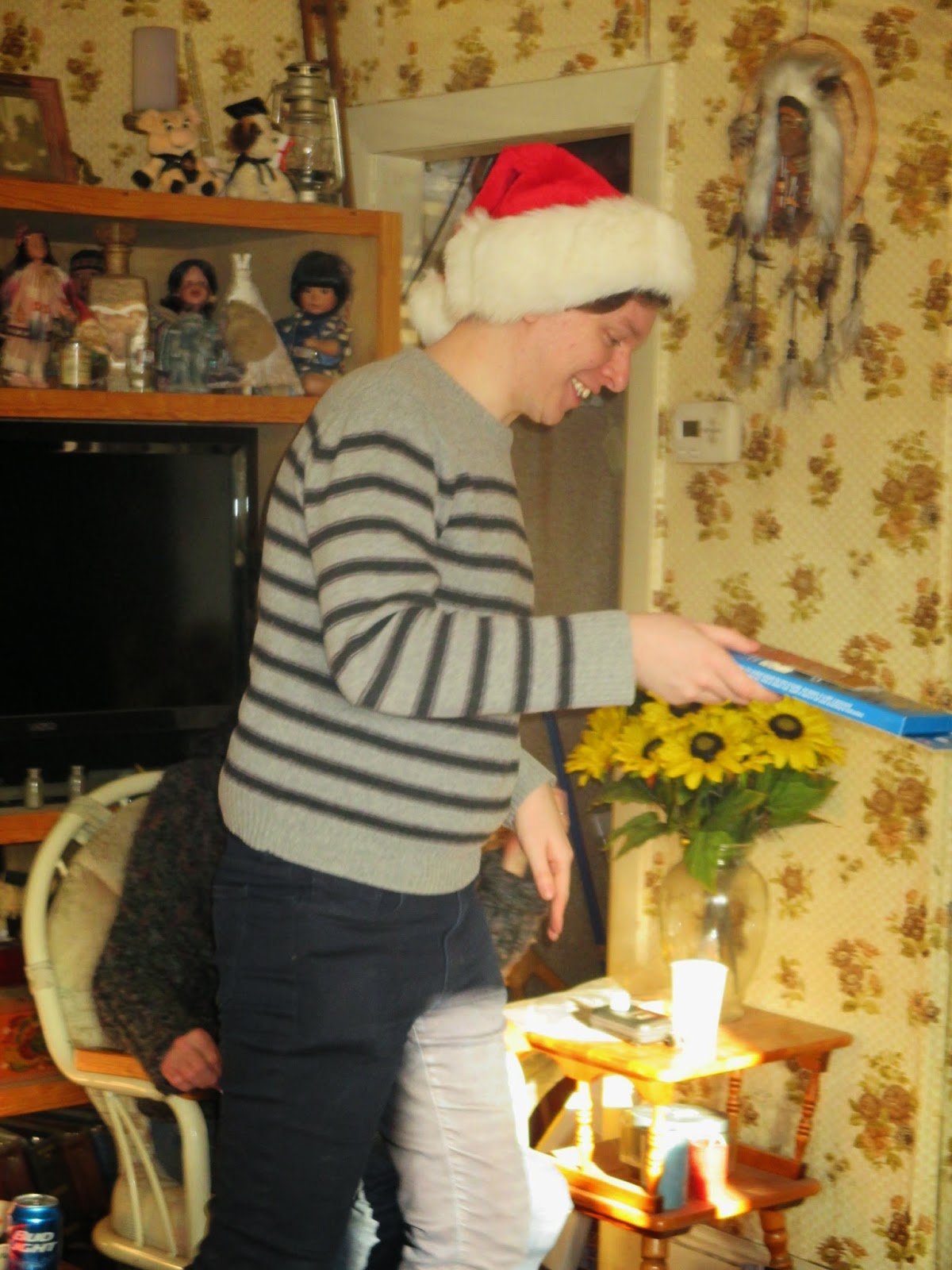 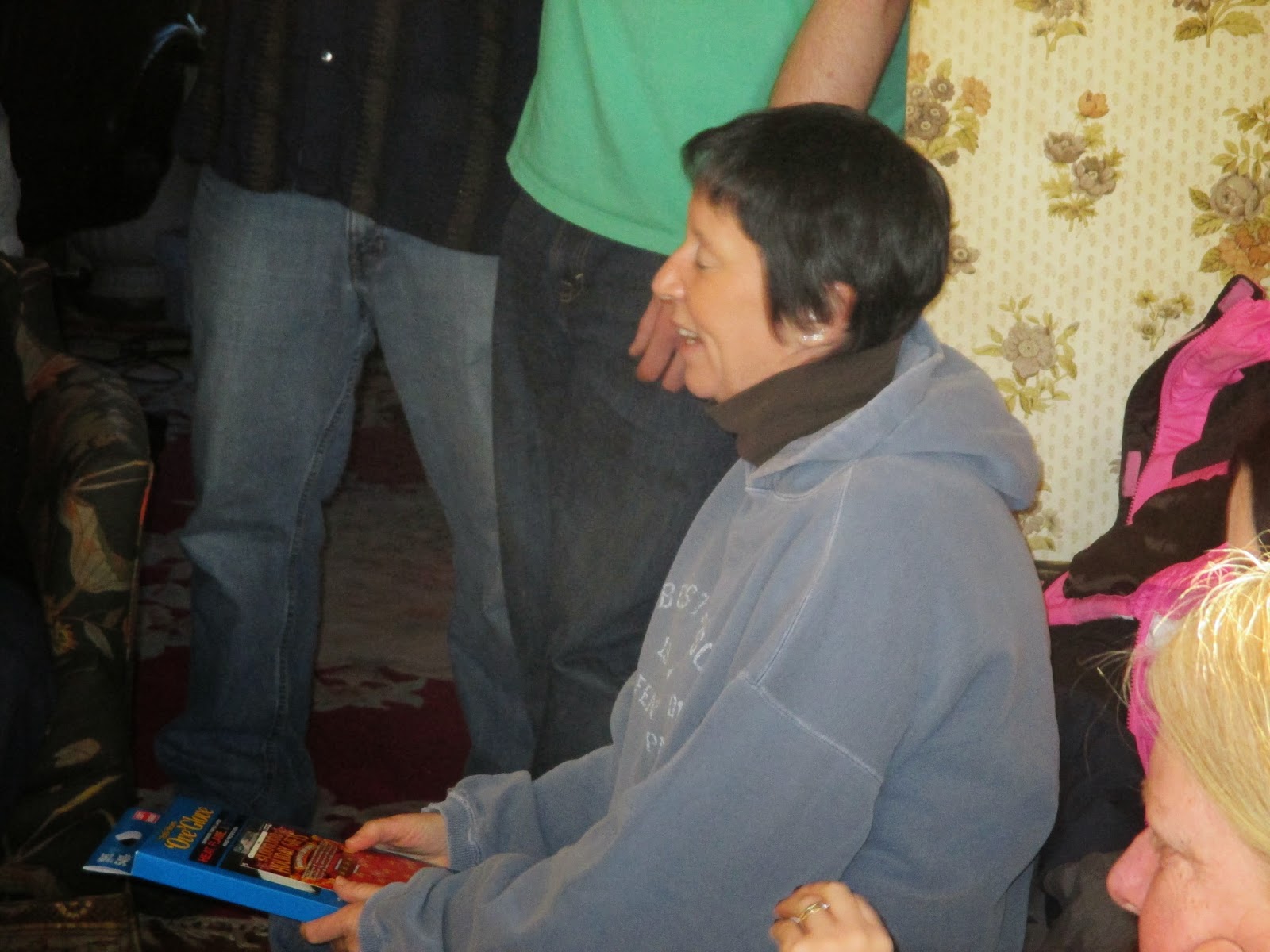 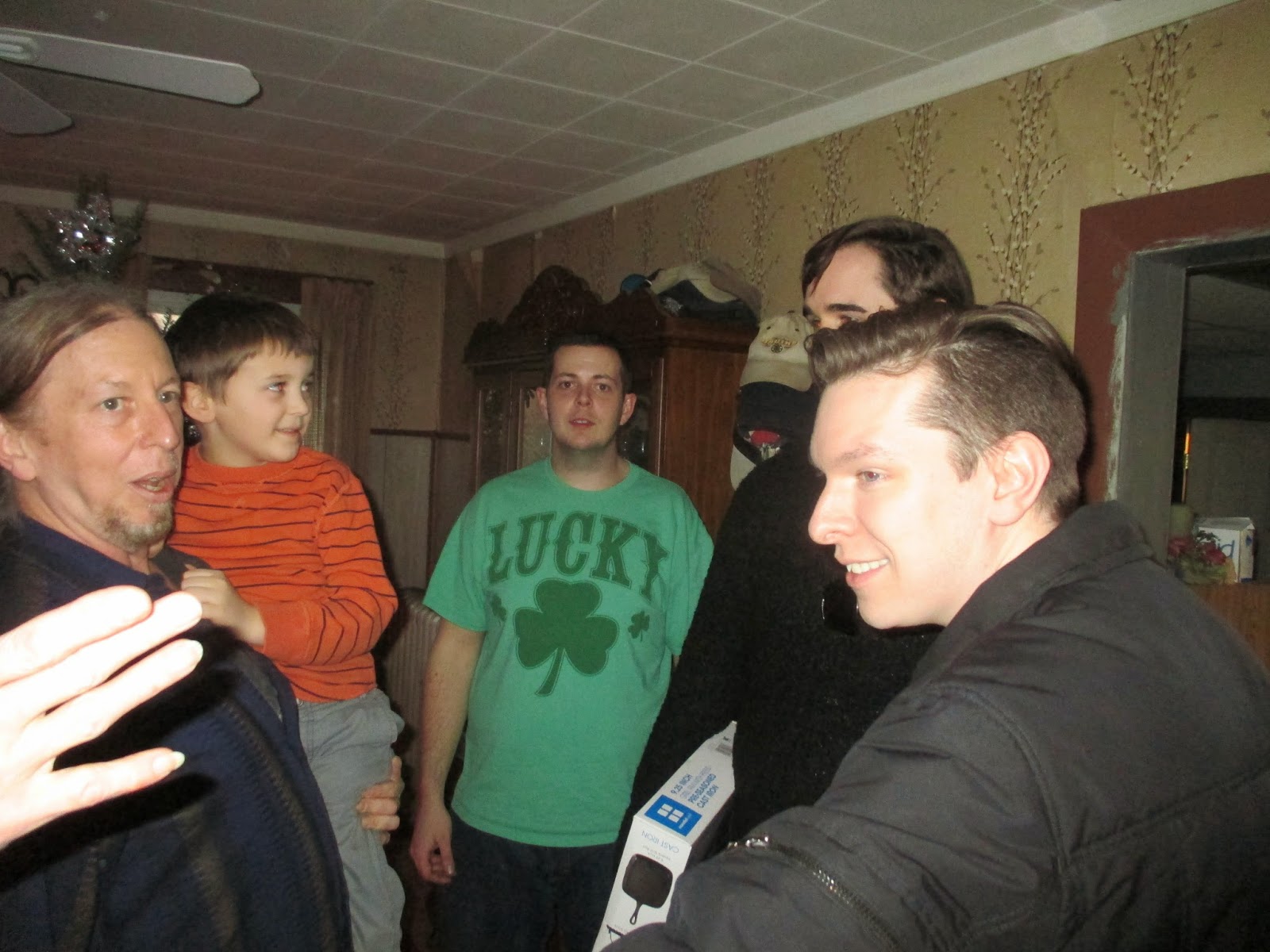 Umpa gets to take home a "hopped up on sugar" Gabriel! 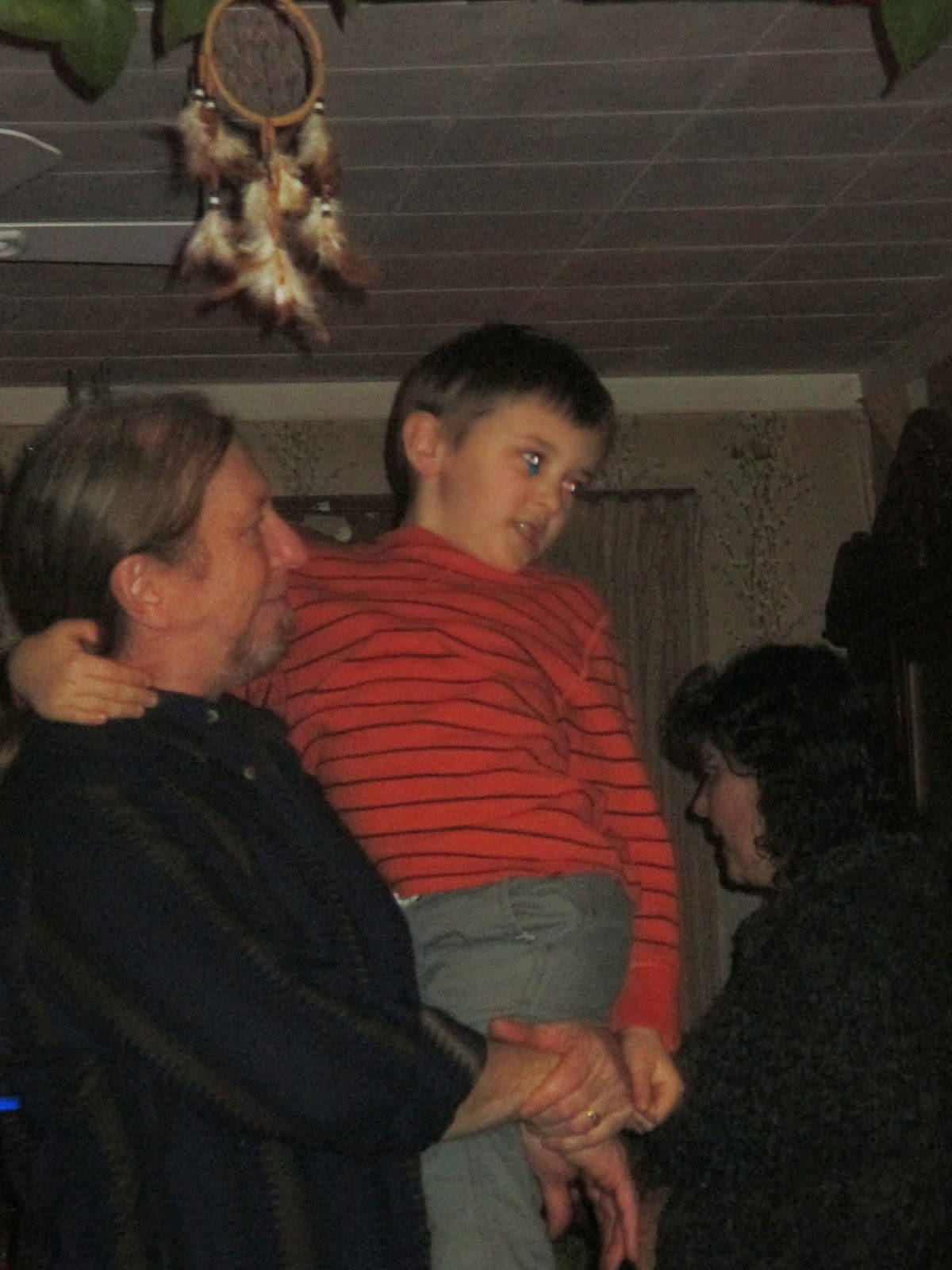 And this is how Hubby and I relaxed after a fun-filled crazy day with family! 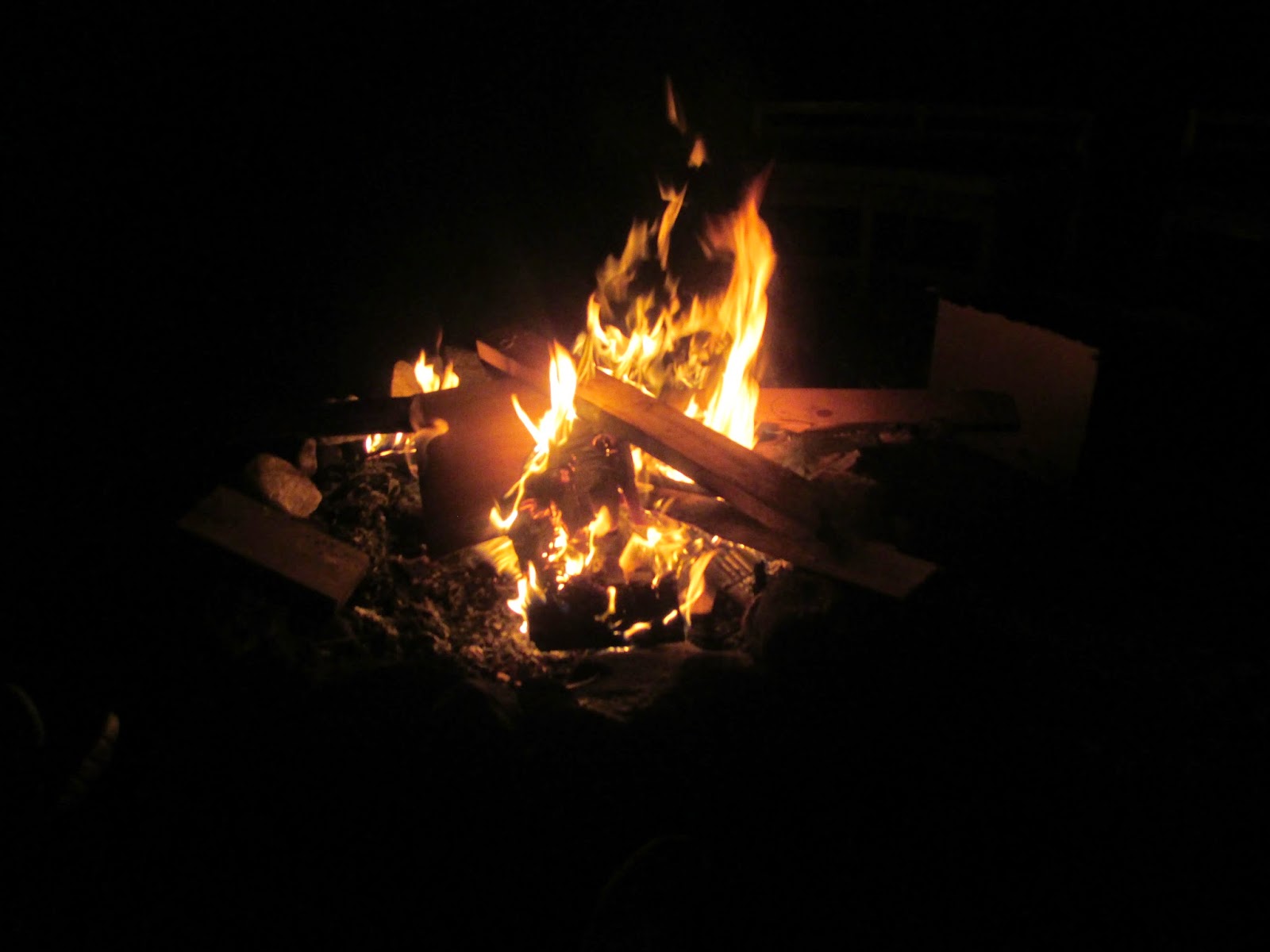 Christmas with my Kids

We stretch out our Christmas partying in this household.   We started with my kids:


Tree and presents ready to go! 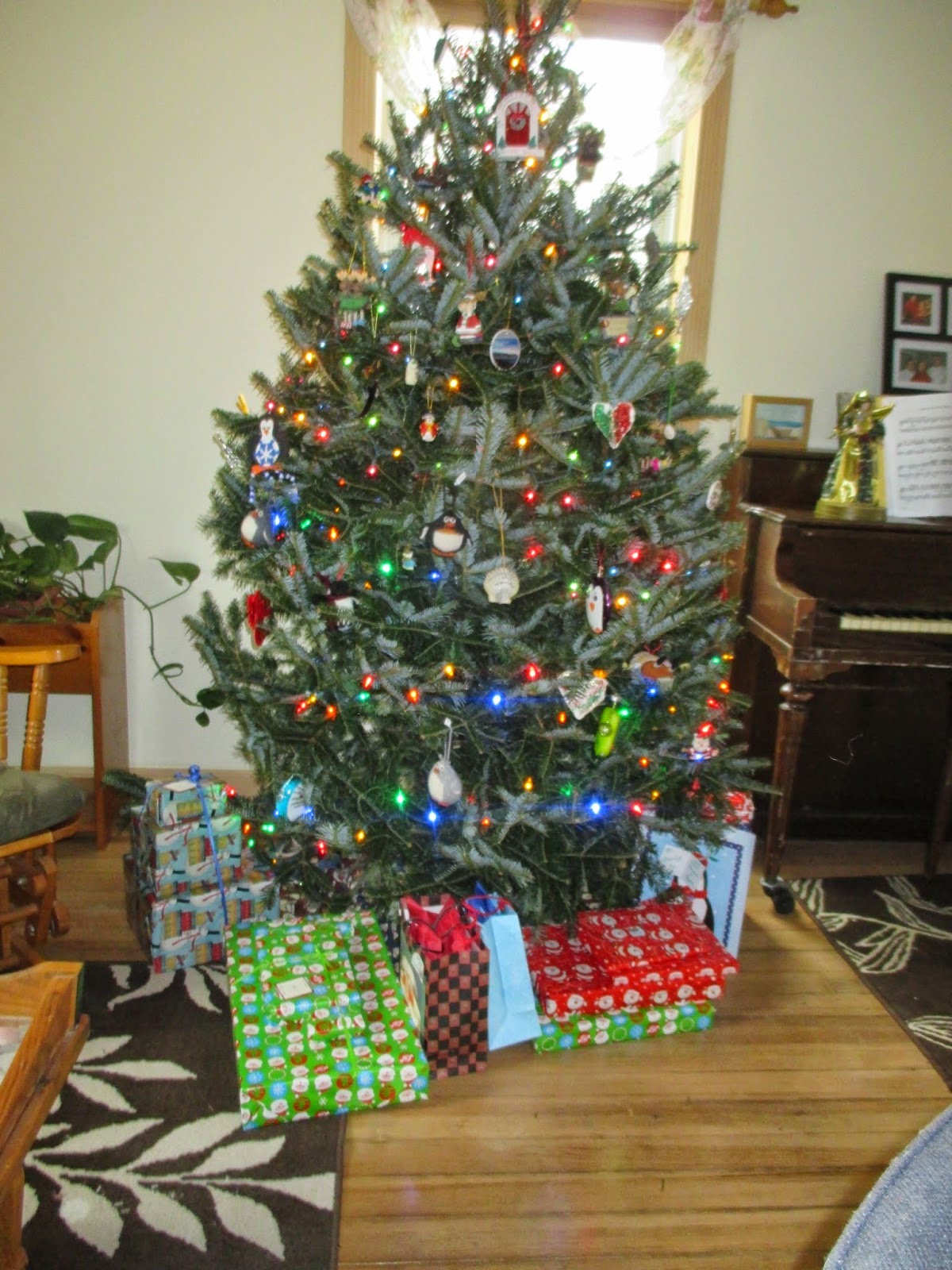 One of my Christmas angels.....Emily 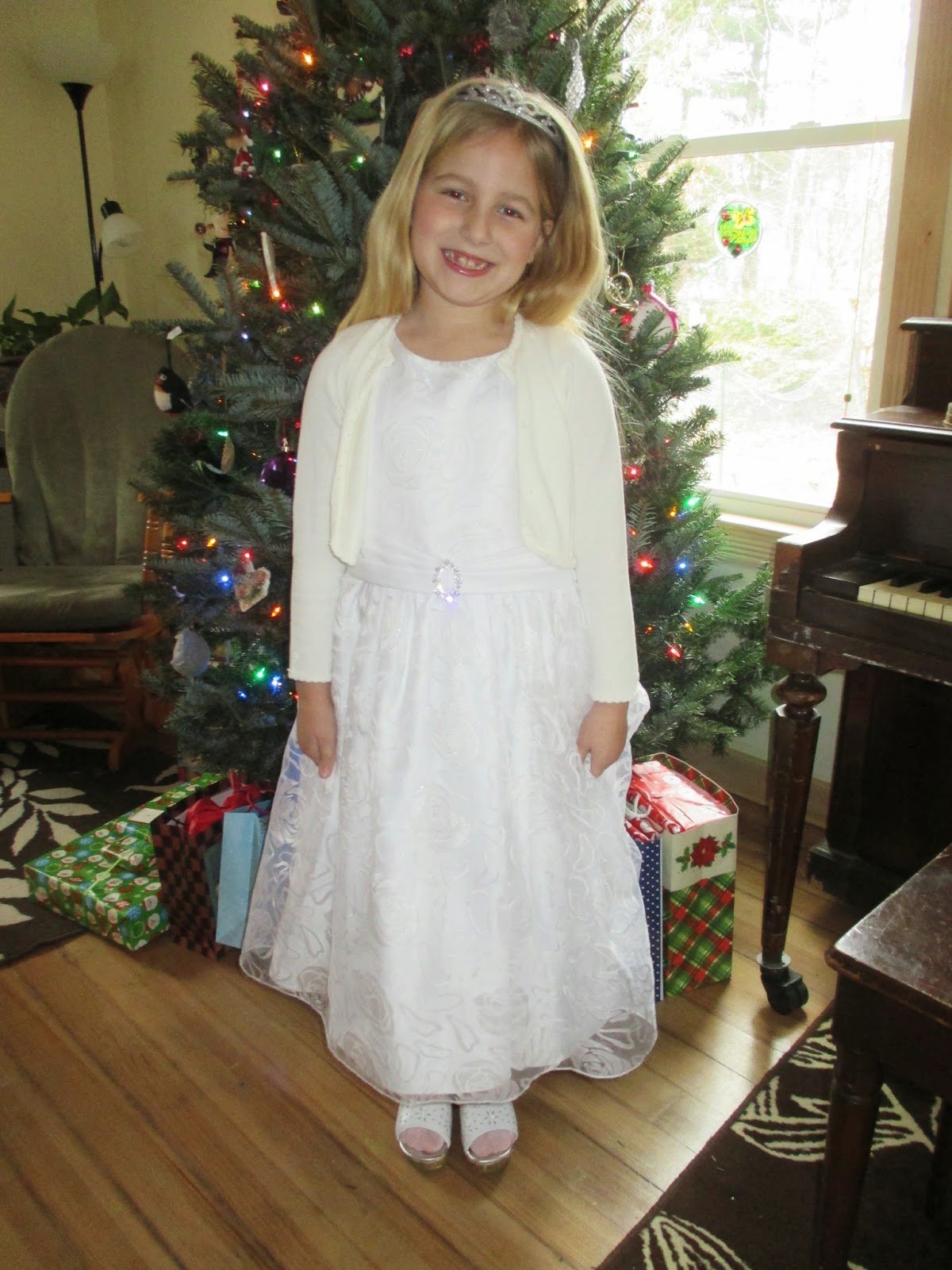 Memere and Audrey both rocking our Christmas Penguins 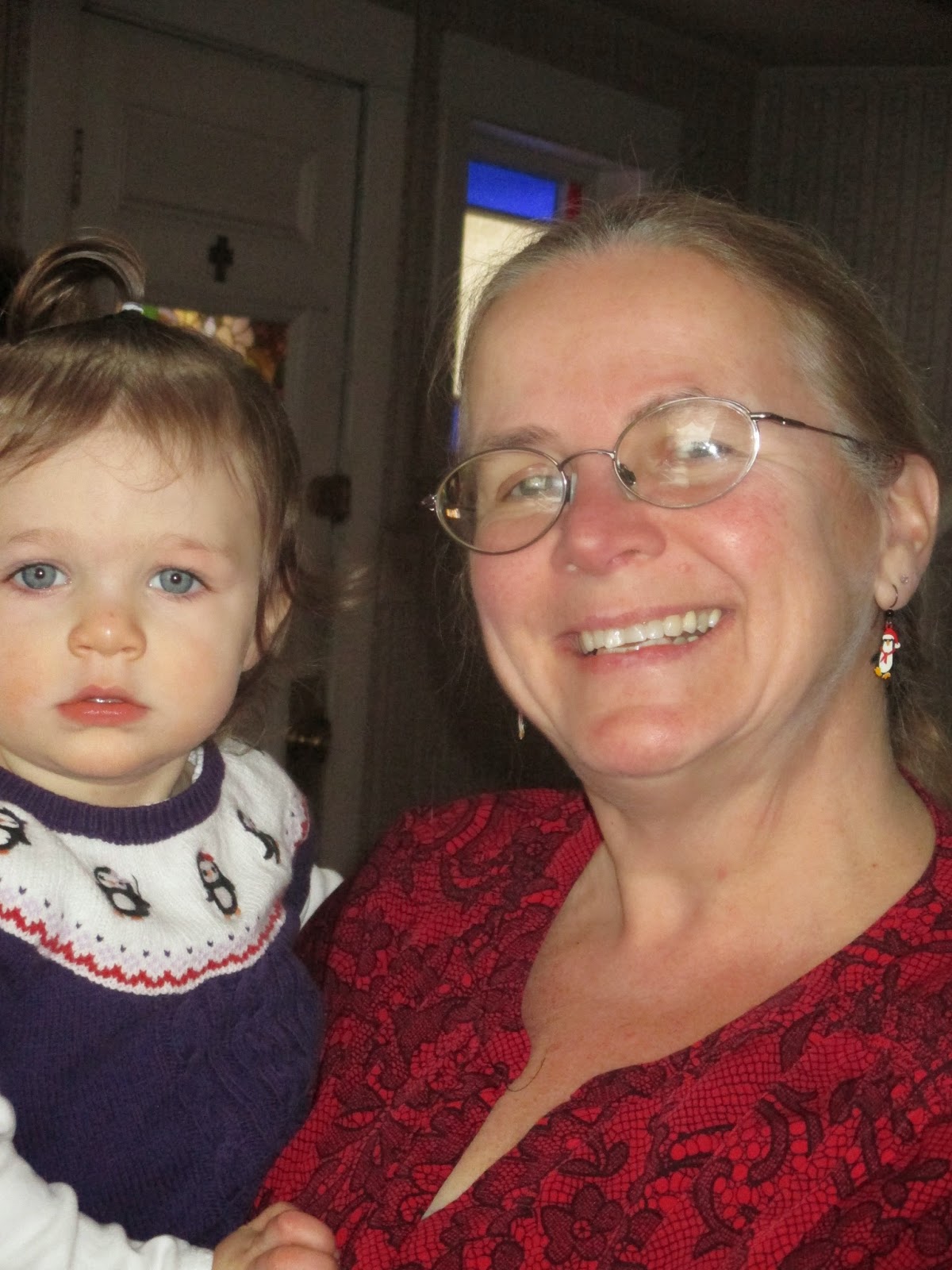 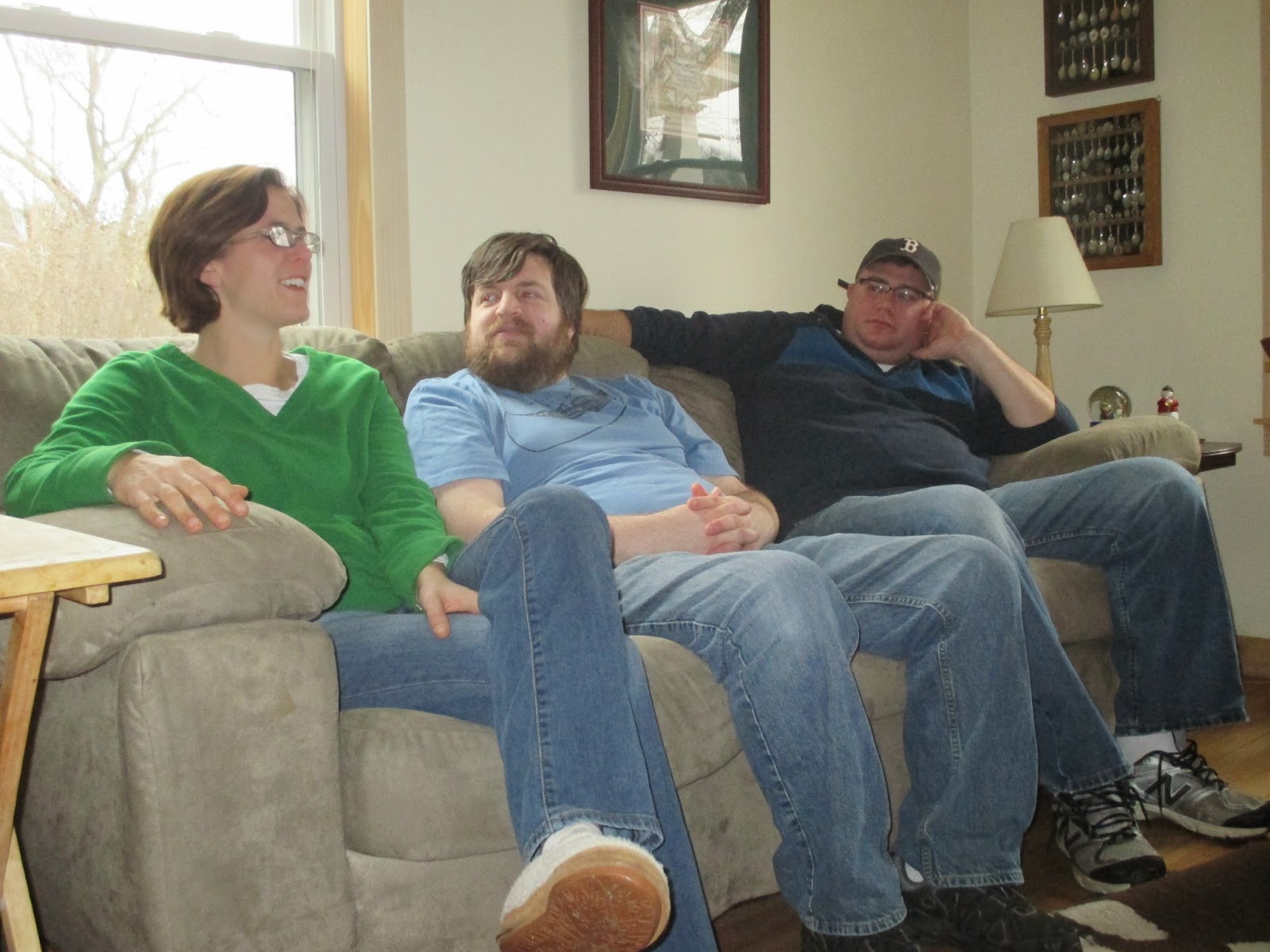 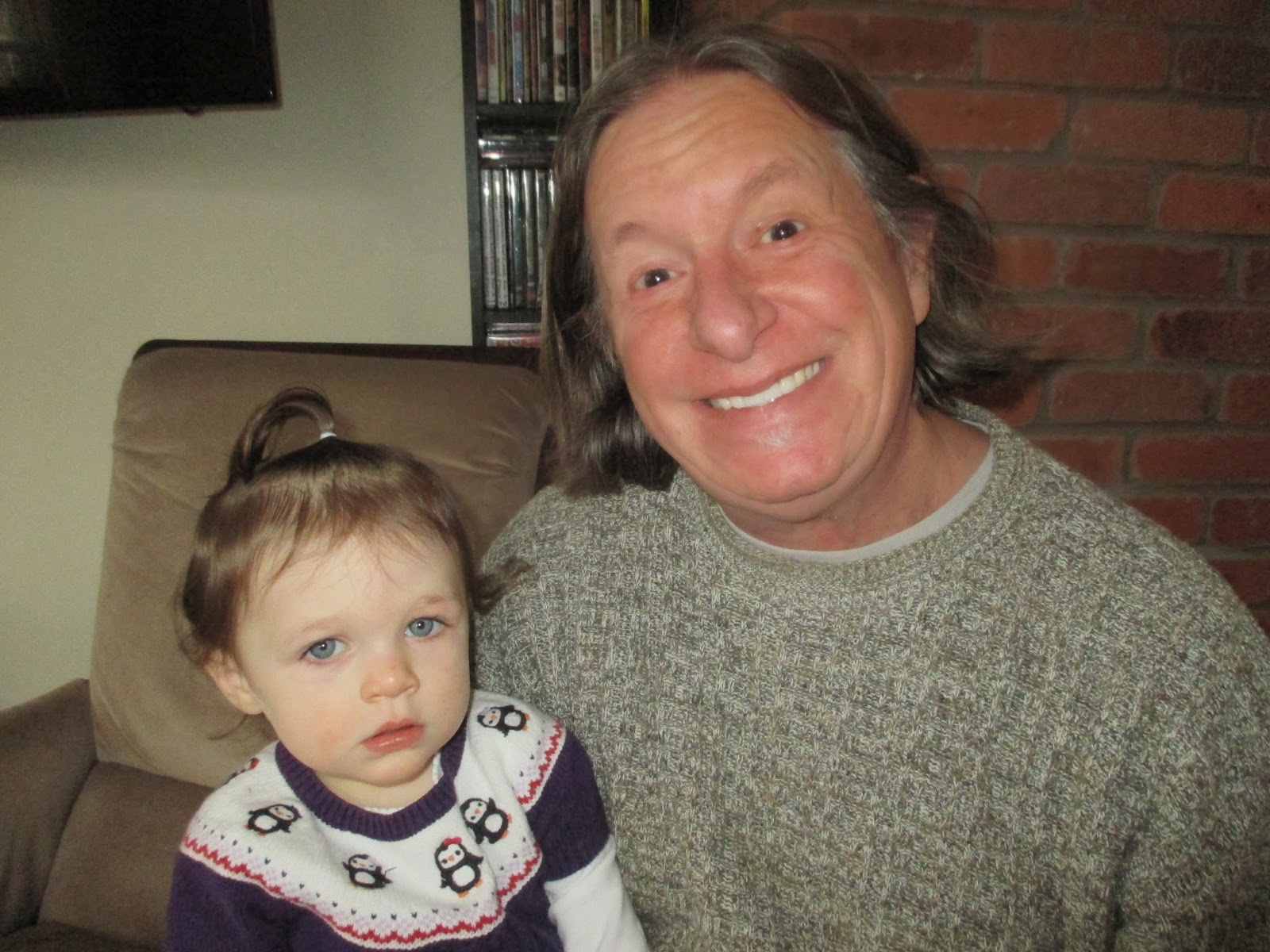 Audrey loves the unicorn that Emily gave her 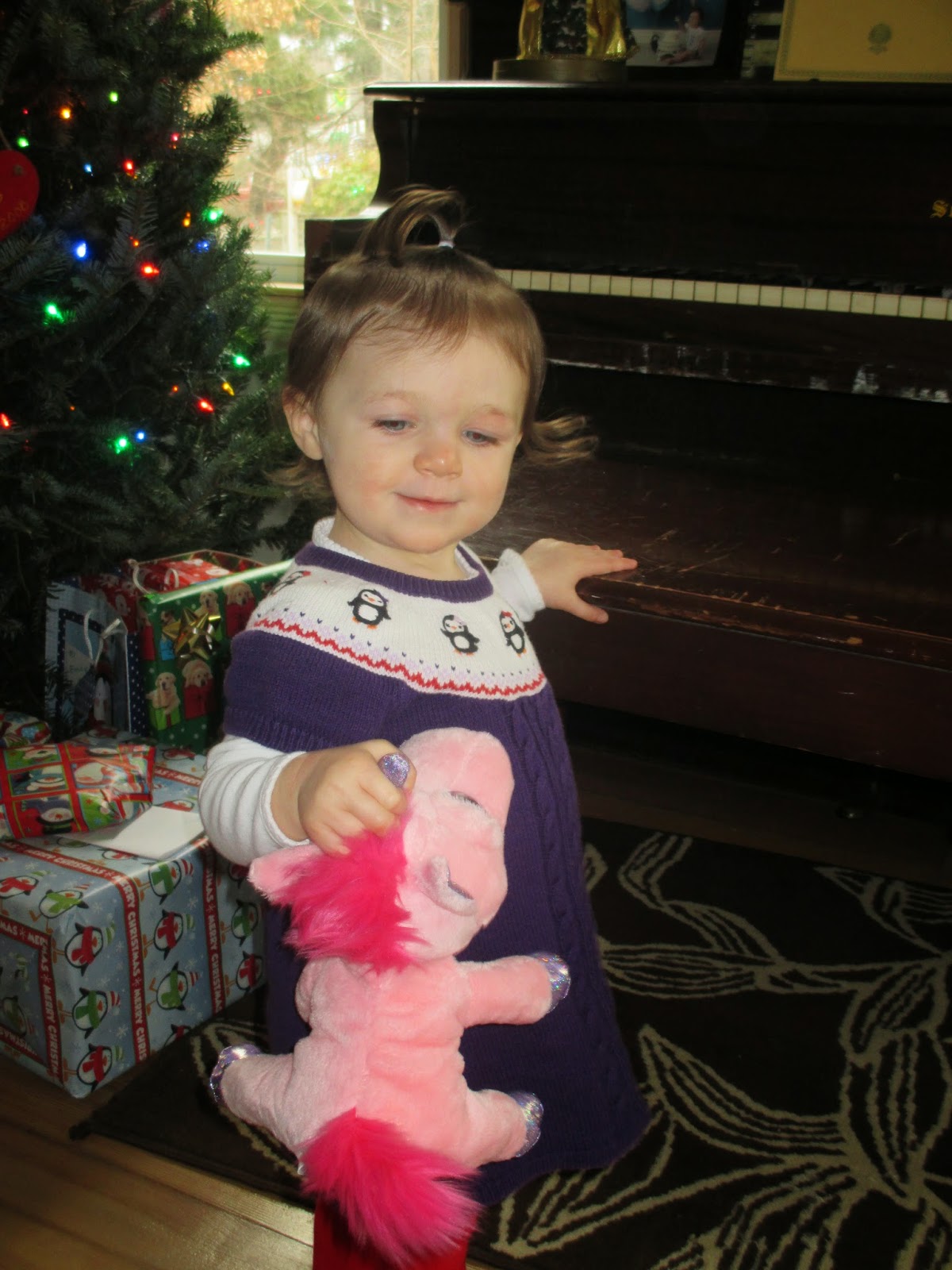 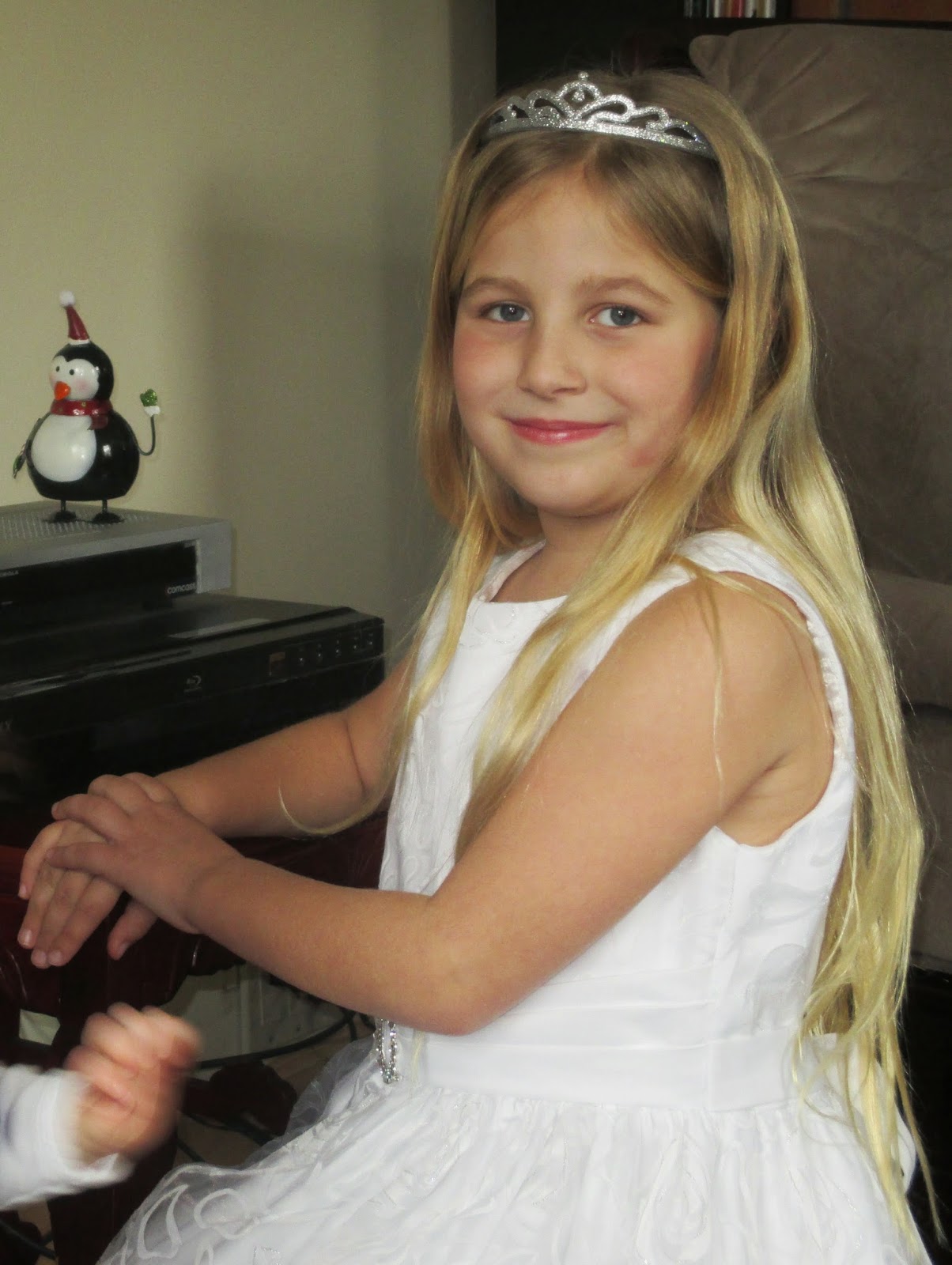 Audrey loved Memere's singing snowmen.  It didn't take her long to figure out how to press the button and make them play. 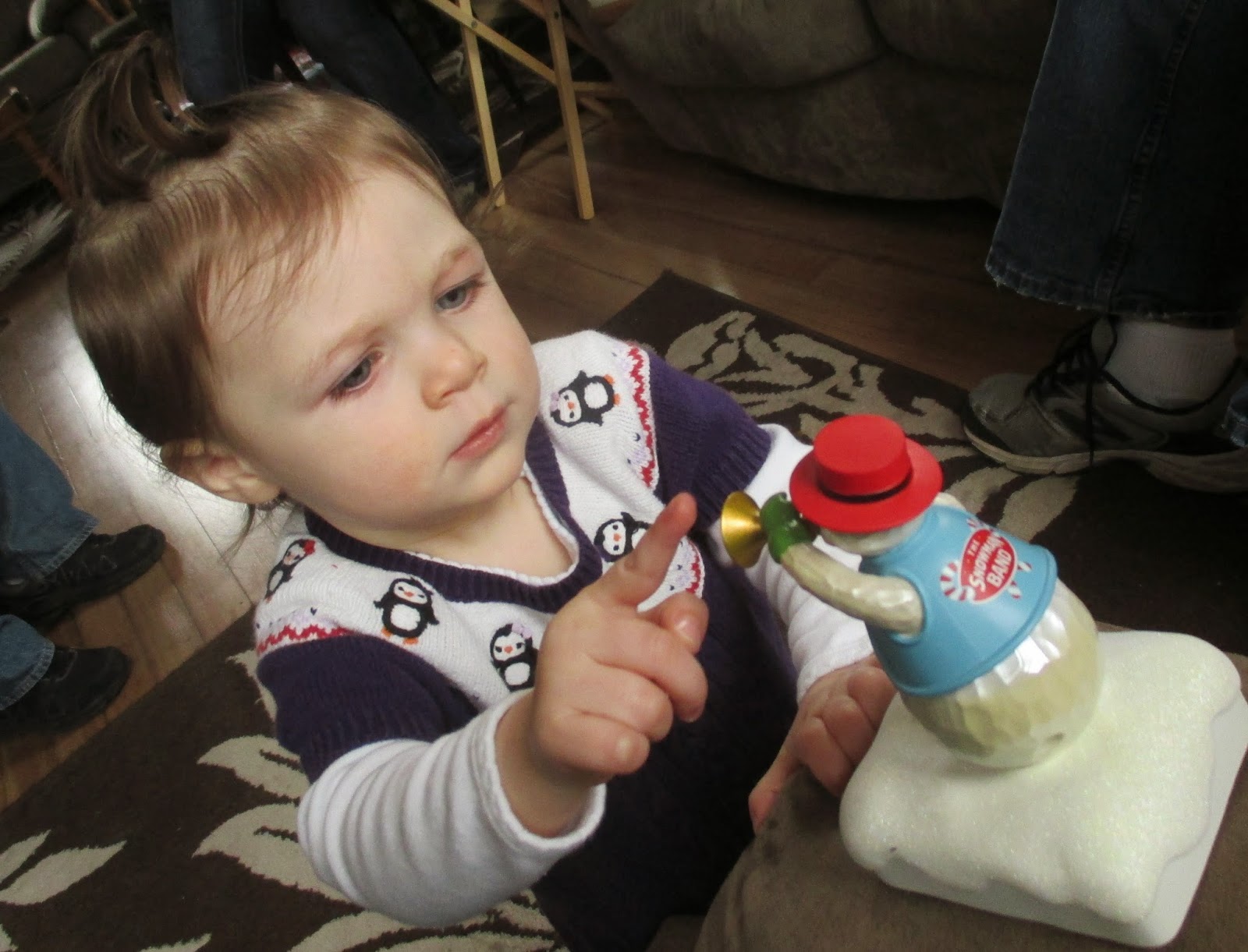 Emily shared her dessert cookie with Audrey....who loved it! 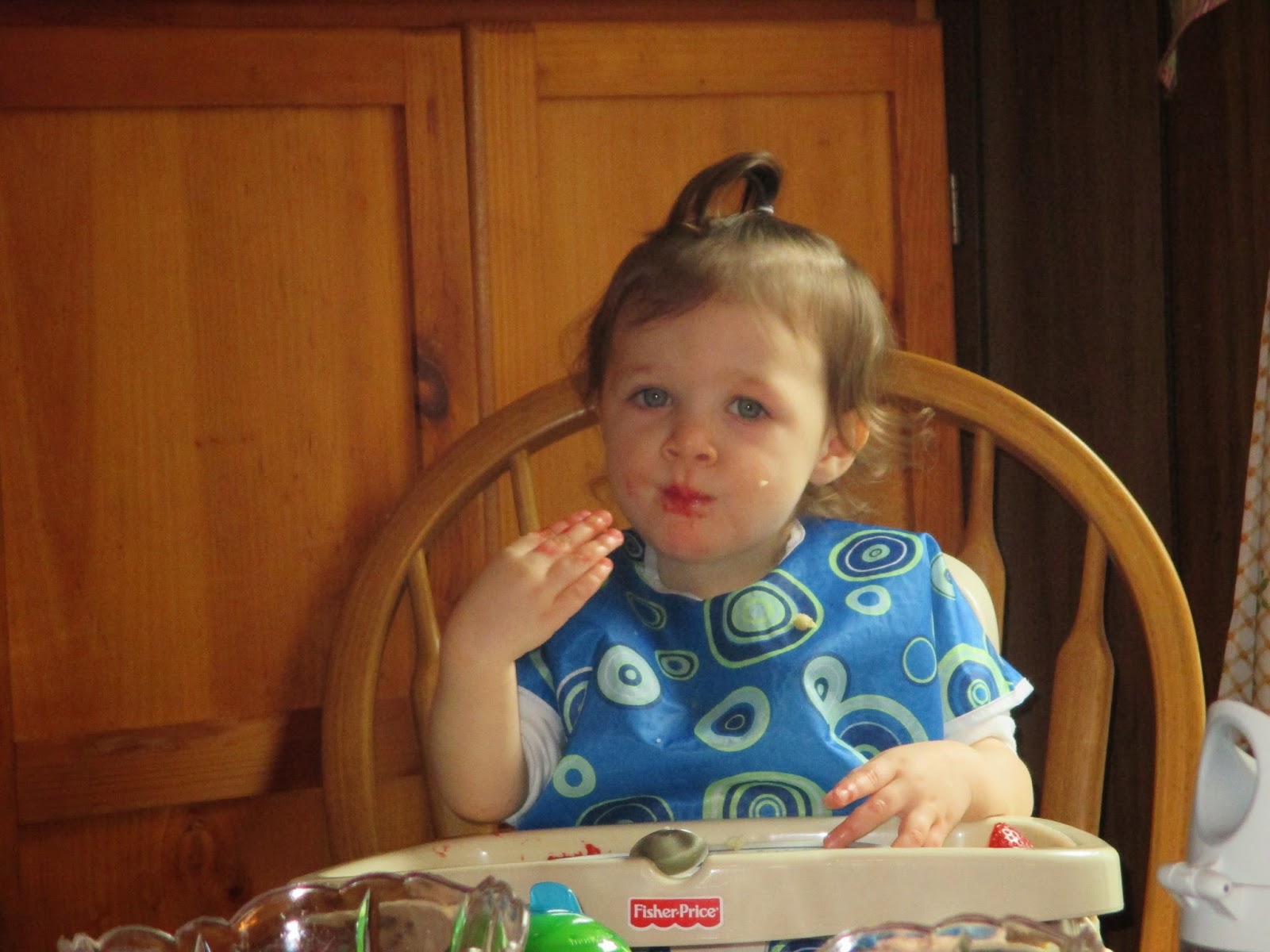 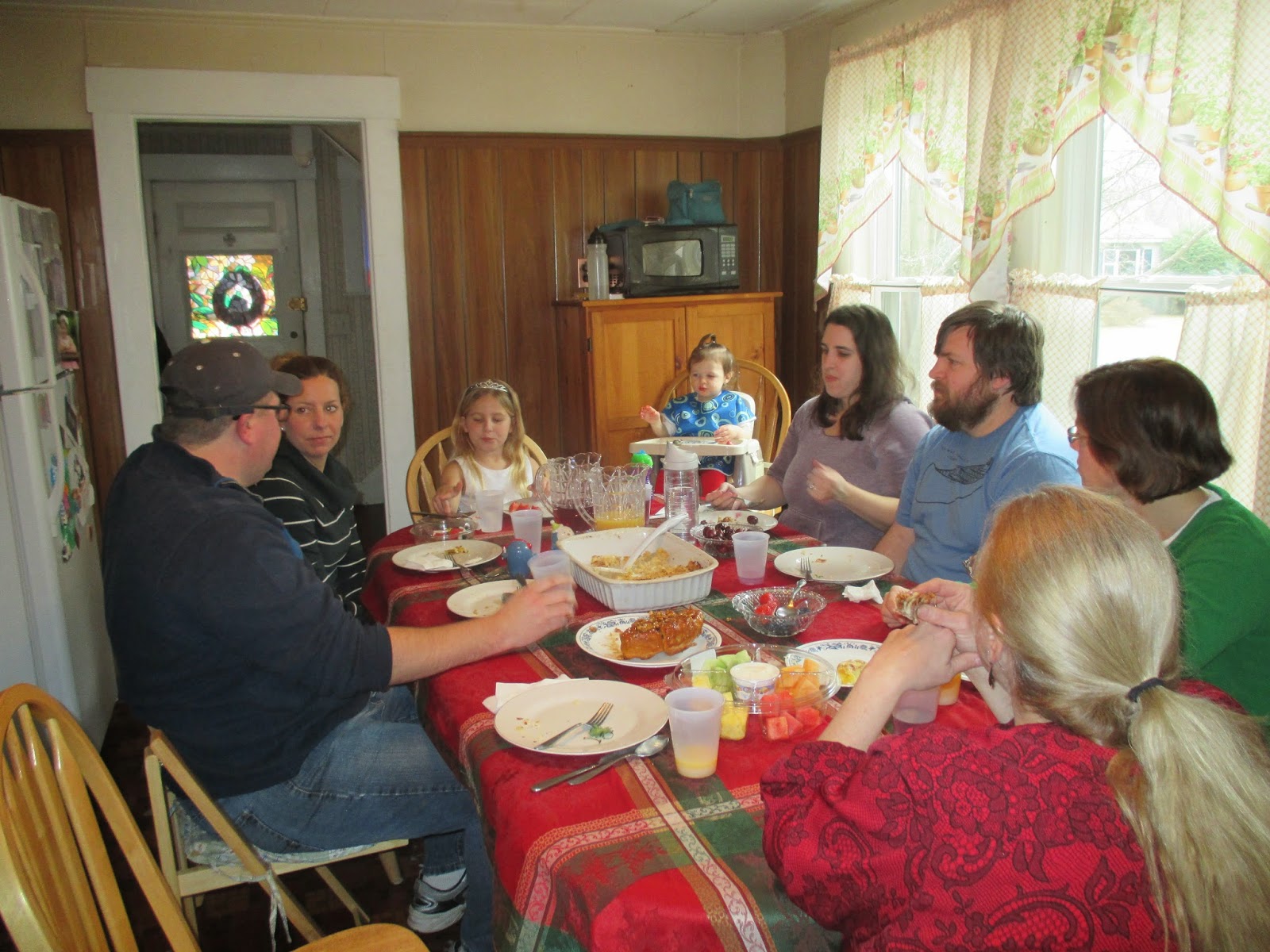 Pepere in his glory showing Audrey the fundamentals of the piano! 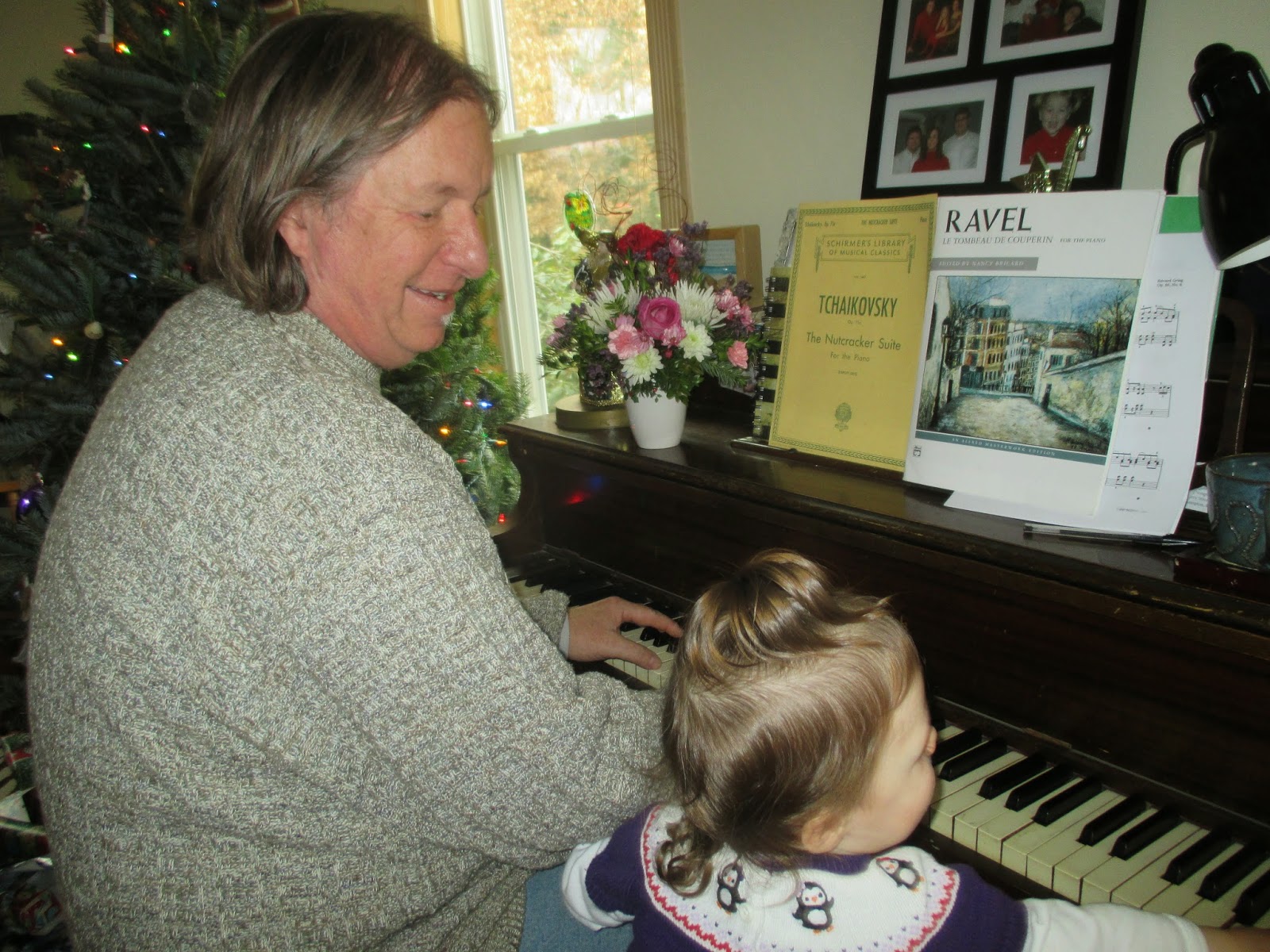 A little snuggle with Memere 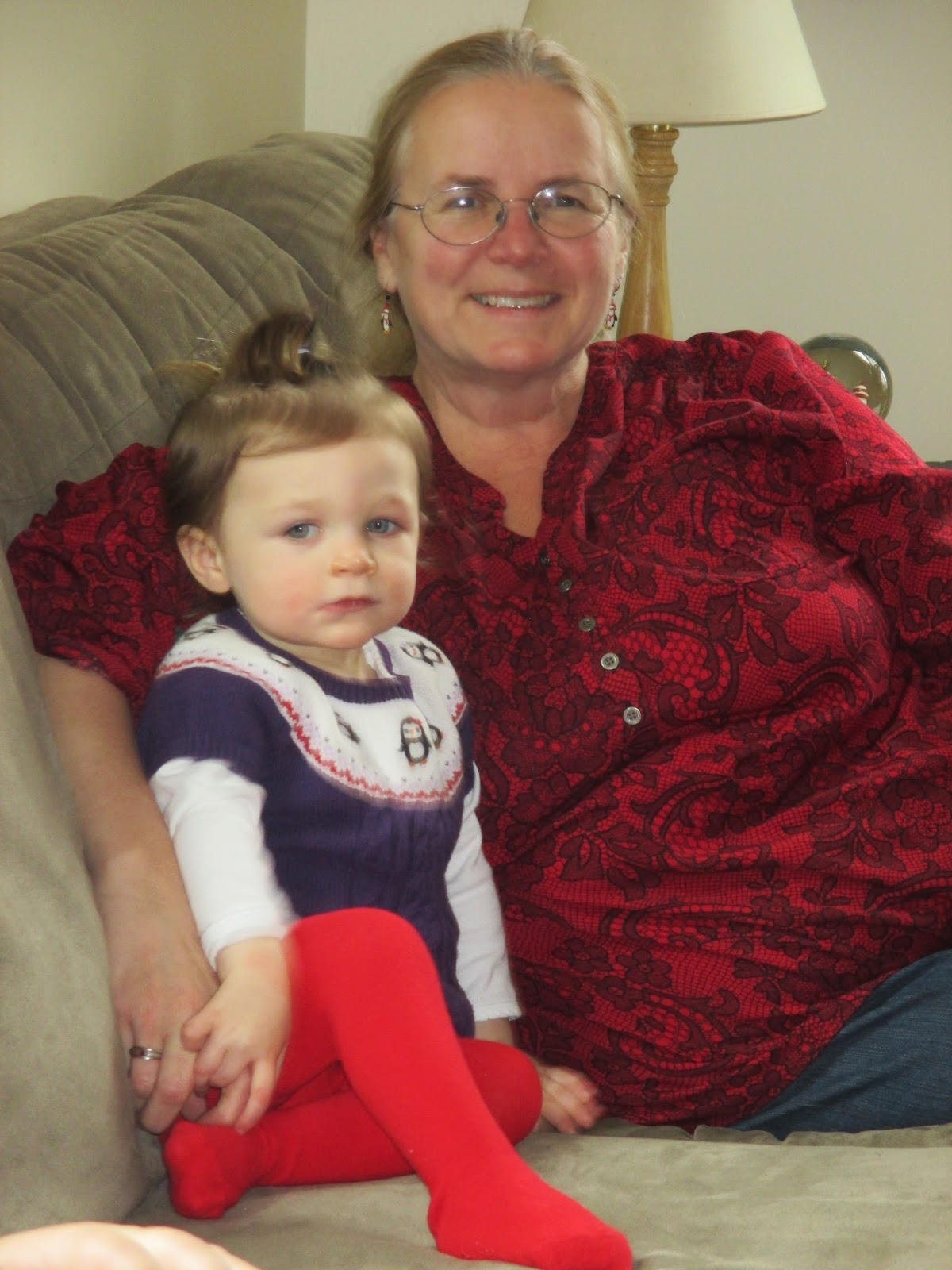 Emily was our Santa Claus.....handing out the gifts 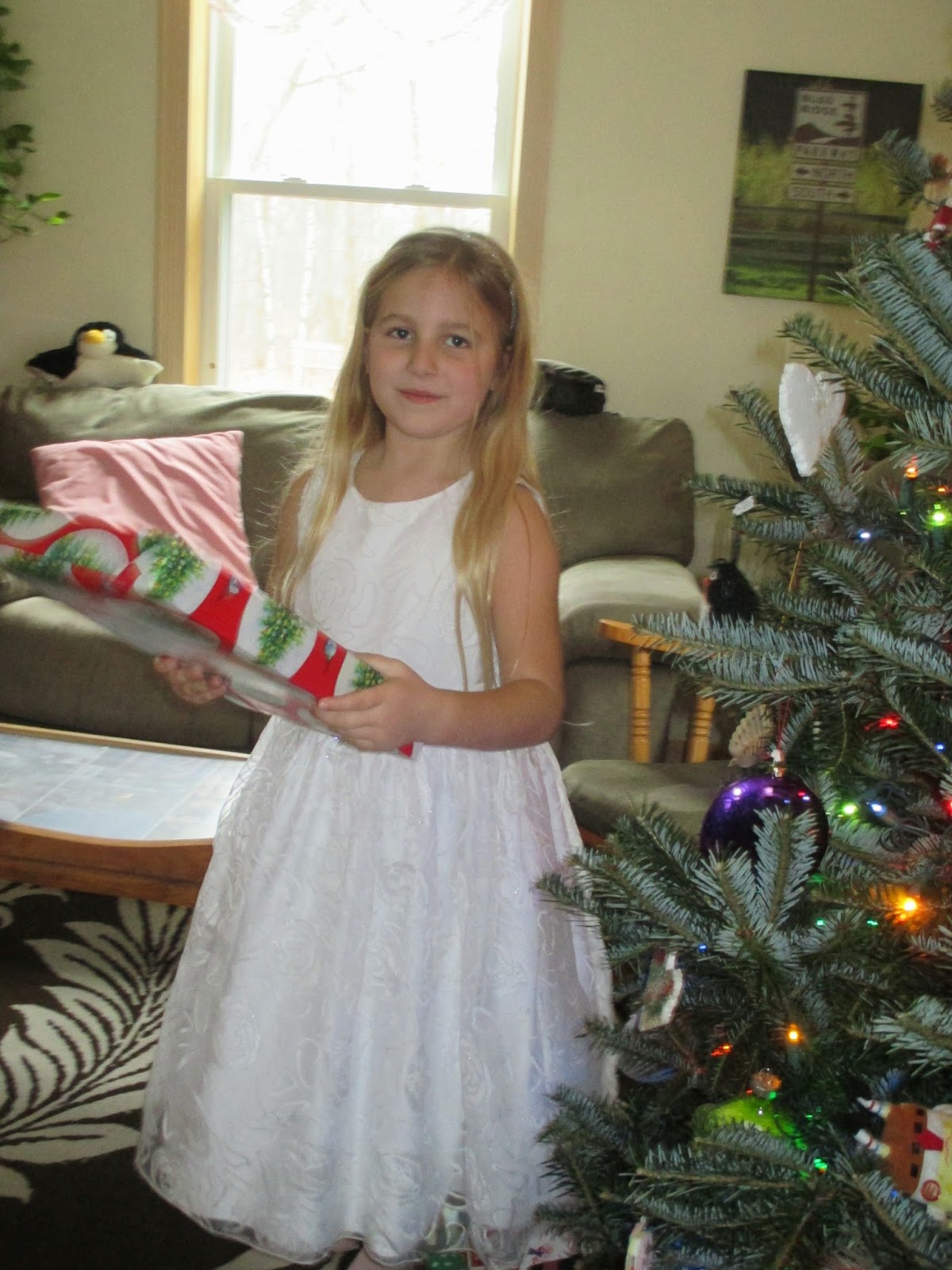 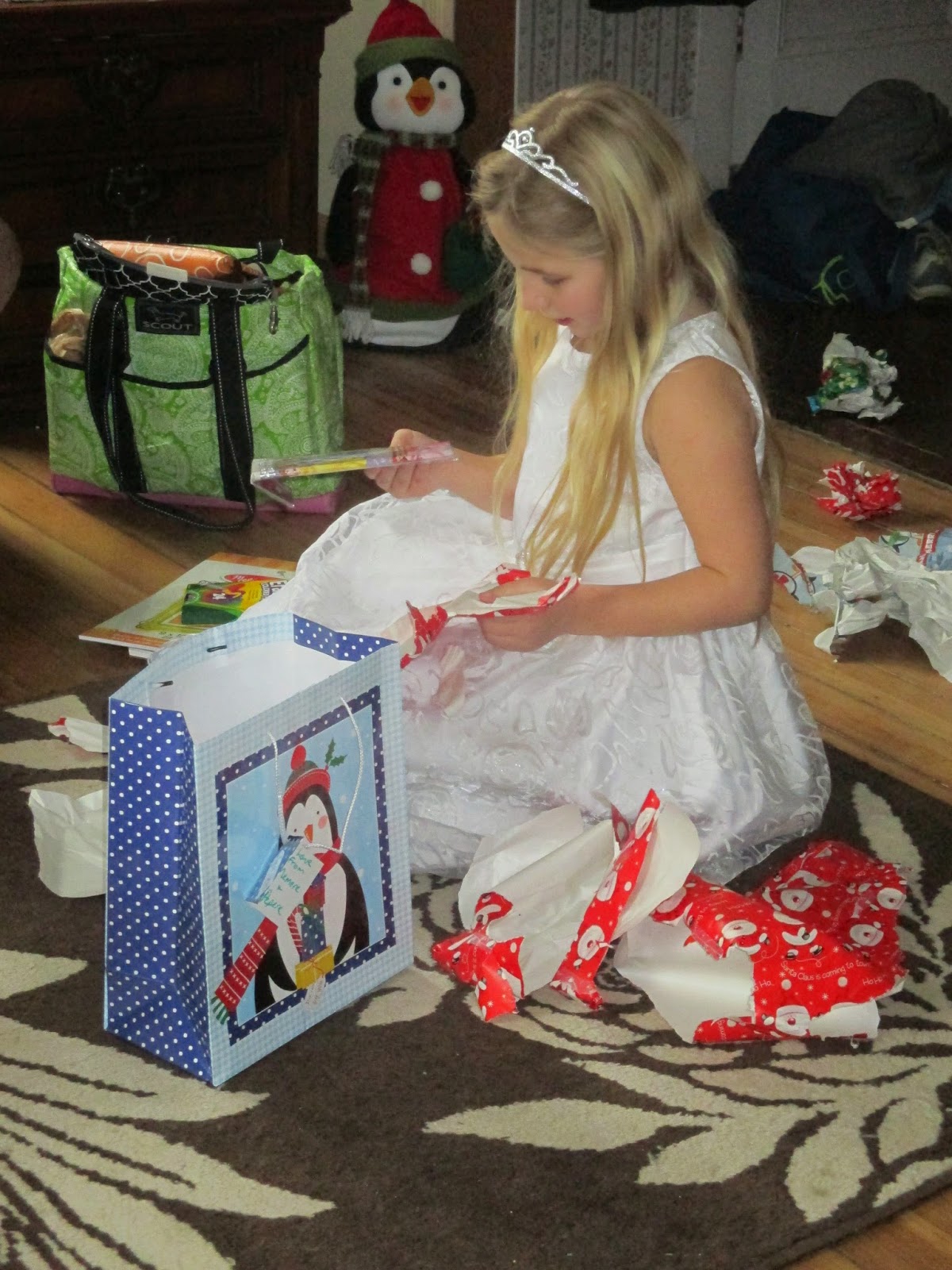 Audrey needed some coaching but caught on pretty quickly. 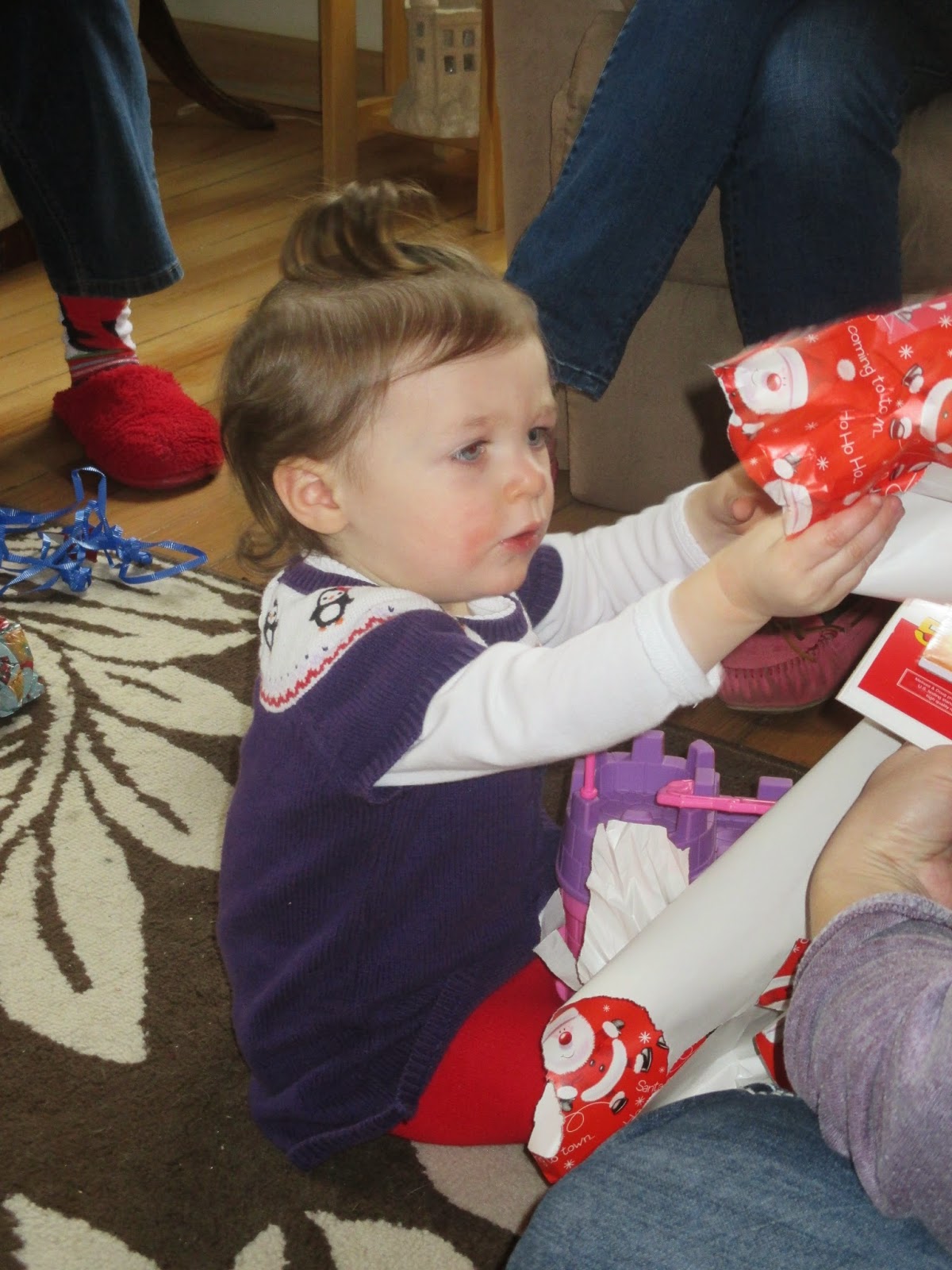 Audrey's walking!!  Here she goes over to get the snowman started,
then when  Mom picks her up she says "Walk!!"

Our Christmas gift opening always ends out in a paper fight!