As a Christmas present this year, our son Doug and his lovely wife Kara gave us a "Glass Blowing" class!  Perfect gift for us as we are both crafty and love to try new things.

We drove down to Norwood to Luke Adams Studio, which was situated in an old warehouse.

First we had to pick out a "simple" project.....Tag chose a paperweight and I chose a Christmas Ball.

The second project could be more involved.   Tag chose a drinking glass and I chose a vase.

You start off with putting a long metal rod into a blazing hot furnace and scooping up a big blob of molten glass.   Our teacher was Dylan, and he very wisely never strayed very far from us! 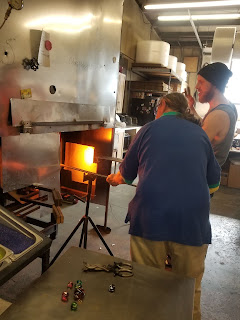 Once you have your blob on the end of your metal rod, you have to keep twirling it to keep the glass from sagging and to keep your item round. 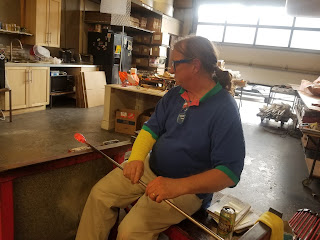 To make it perfectly round and smooth, they have wooden cups with hands that you hold underneath and continue to twirl the rod.   We had lots of help from Dylan.  I can't imagine trying to do both things at the same time! 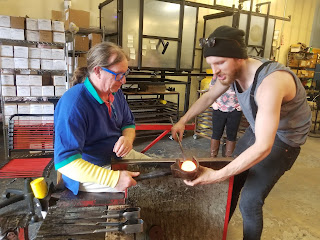 After a short time, you add  bits of colored glass to the outside, then add another blob of molten glass on top.  That's how they make things that look like the colors are inside....because they are!!

Then you use the tongs to score the end of the piece so Dylan can just tap it and the part attached to the rod comes off. 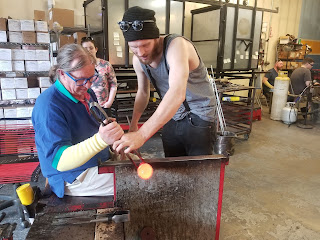 Use a blowtorch to heat the bottom of it just enough to flatten it so the paperweight will sit flat on a table. 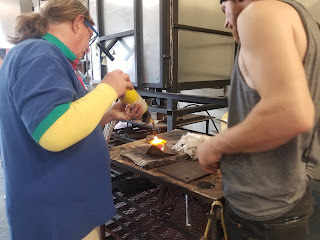 For Tag's glass, he had to hold a wooden paddle against the end of it while Dylan opened up the end with a pair of tongs. 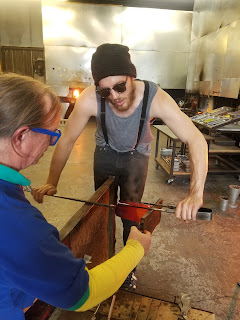 My turn to get some molten glass out of the furnace 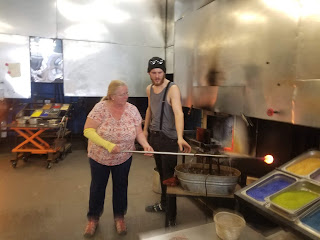 Roll it in the wooden bowl... 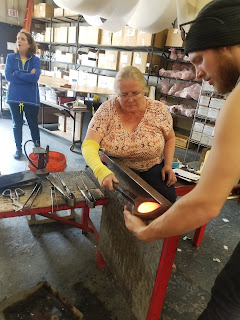 Get some colored glass. 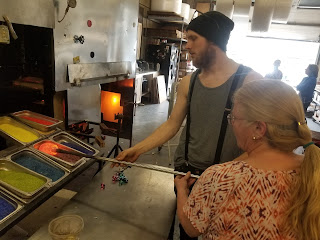 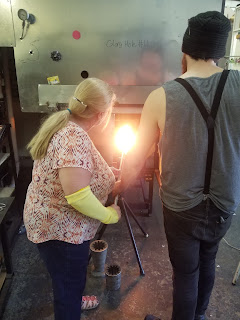 Keep rolling it to keep it round. 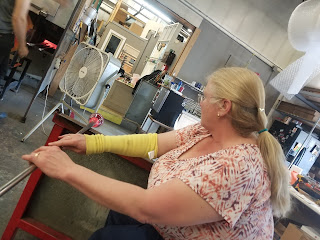 My "simple"piece was an ornament, which is hollow in the middle.....so Tag got the job of blowing into the end of the hollow rod to put air inside the glass while we kept rolling. Not an easy task! 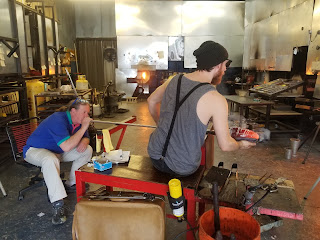 For my vase, it was a much larger piece of glass....very heavy but important to keep it moving. 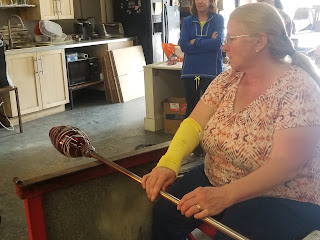 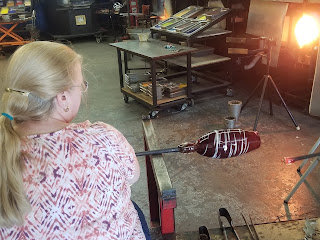 For my vase, I had to do the same thing as Tag did with his glass. I had to hold a wooden piece against the opening while Dylan opened it wider with the tongs.   We also used the tongs to make an indentation partway down to create a flaired top. 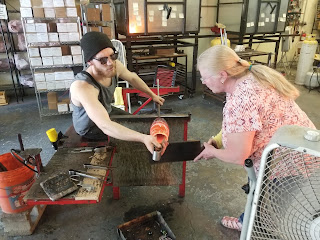 Using the blowtorch to flatten the bottom 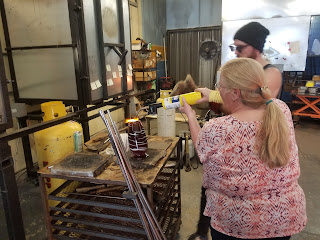 My vase came out beautifully! 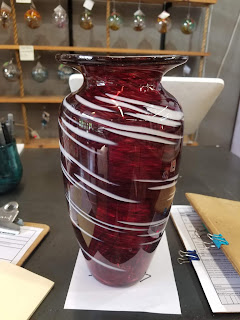 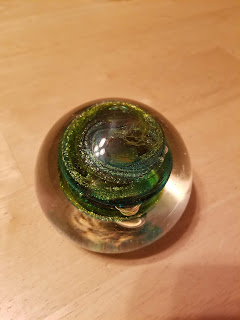 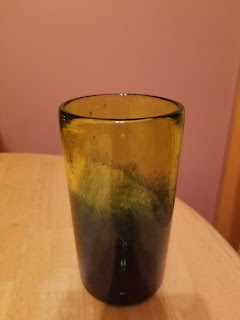 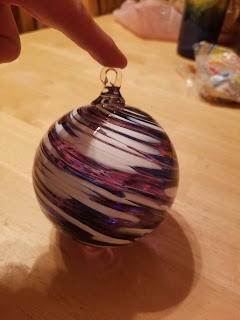 Lots of fun and, as usual, a very thoughtful gift from my son and daugher-in-law.