A Visit from Benny 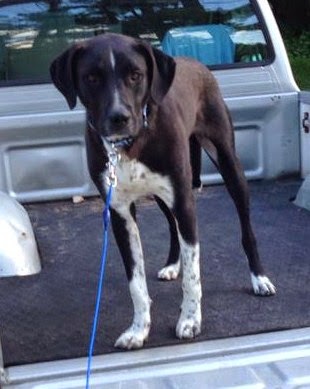 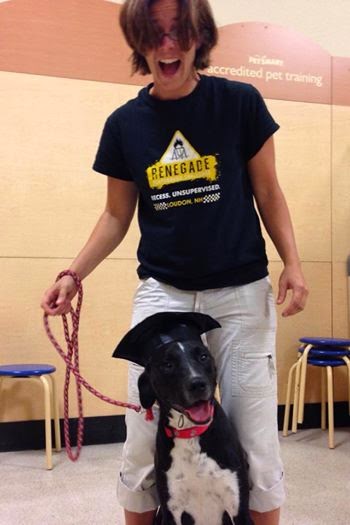 Seriously, he doesn't jump on you anymore, which was his most annoying trait.  If he starts to jump you just tell him no and instead of jumping, he lets you know he loves you by leaning against your legs until you almost fall over!  And on the couch, he now lays at the end of the couch while I'm trying to lie on it, which leads to him sticking his toes into my butt when he stretches or wiggles.

The chewing....well.....he doesn't chew things he shouldn't only because everything is kept out of his sight and I give him enough chew toys and bones to keep him occupied.

So Hubby and I had the dubious honor of doggy-sitting Benny this past weekend.   Jamie was going on a canoe trip and Benny is ......ah.....afraid of the water!

She came over Thursday night with him and all his paraphernalia.   It reminded me of parents dropping kids off at daycare:   There was his crate, his blanky for his crate, his blanky for the floor, his food, his food and water dishes, his bones, his treats, his stuffy sleep toys, his collar, his leash, his long leash, his sleeping pills, his poop bags, etc etc etc.   We did use all the stuff so I'm glad she brought it!

Our biggest problem was our cat, Oreo.   He was NOT happy!  Goofy old Benny would run up to him with his entire bottom wagging intent on playing, and Oreo would just hiss and swat.  Hiss and Swat.
That was Oreo's weekend.   When he got tired of it, he'd go in the basement where Benny couldn't go or upstairs under our bed.  Benny never tired of trying to entice Oreo to play.  And on top of that, Benny thought he should eat up all Oreo's food every time I forgot to pick up Oreo's food dish while Benny was in the house.

On Friday I had scheduled a half-day.  I didn't want Benny to have to be in his crate all day, then all evening while we were out, then all night.  So after work I thought I'd take him to the doggy park in Derry.   Just as we go there it started to pour!  So we turned around and came back home.   Epic fail!

Saturday Hubby was happy to sit in the yard with Benny and read while I was at work.  In the afternoon I joined him.  At one point, Benny saw a rabbit and chased after him so hard he broke his collar! Suddenly the dog was loose!! Panic!!!   The number one goal of the weekend was "Don't Lose the Dog!!"   I knew Benny was an escape artist, so I was careful to make sure doors were closed and latched and his crate was secure at night. I never thought he'd break his collar!  Luckily, he was so intent on the rabbit I caught him easily and then had to go out and buy him a new collar.   (and a new chew bone.  They were on sale!)

On Sunday, I put Benny out into the backyard on his long lead and came in the house to feed the cat and give him some luvin'.    Suddenly I heard someone out front shouting "Hello!!!! Hello!!!  I went out the front door and saw Benny in the middle of the street, his lead dragging behind him, rear end wagging as he greeted the woman trying to walk her two dogs.  Apparently I hadn't hooked up his lead correctly.  Luckily the woman was very understanding,  And, once again, Benny was so intent on trying to play with the dogs, I was able to grab his lead before he took off.

All in all, it wasn't a bad weekend.  Benny behaved pretty well and we enjoyed his company.  But when you're not used to having a dog, it is amazing how much time and effort it takes! 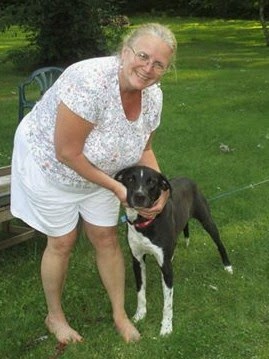