Our Quebec City Vacation started with a stop at Tilt'n Diner on the way up Route 93 North.  (This is becoming a great habit!) 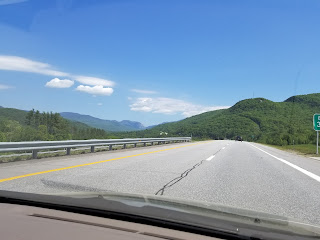 We arrived in Quebec City in late afternoon after a very nice, easy ride.  We stayed at the Delta Hotel, right outside the "wall" that separates Quebec City from Old Quebec City.  That first night we wanted to just walk around and get a flavor of the city.  About a block from our hotel was one of the entrances to the Walled City. 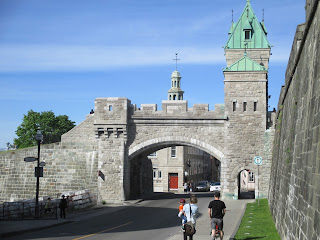 This wall was built in the 1700's to keep opposing armies out.  Since then, they've redone a lot of the wall and made it pretty for tourists.  They also made parts of the top of the wall into parks. 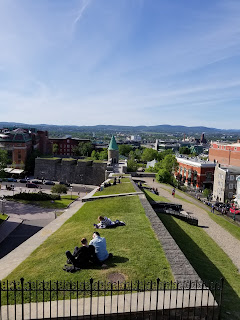 The view from the top of the wall is beautiful. 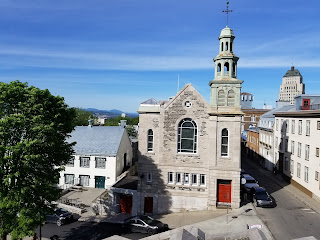 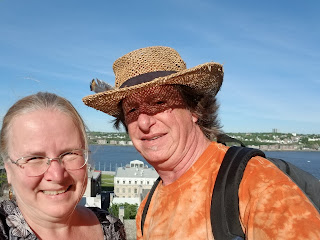 The gate we went through led to Rue Du St Jean, which is blocked off in the evenings and filled with stores and restaurants. 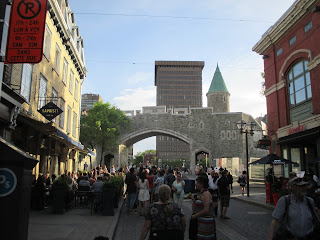 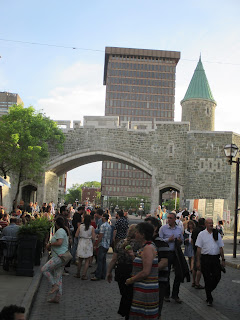 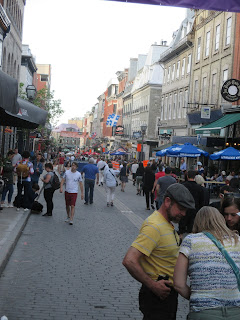 We ate most of our meals on this street.....and enjoyed ice cream each night at the Chocolato!
Soft serve ice cream, then you can pick from about 20 different "dips" (raspberry dark chocolate or maple......) and you could also add toppings. 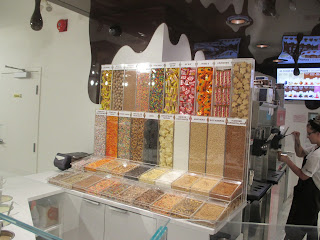 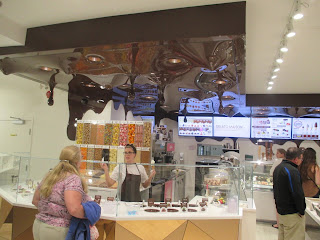 We walked all around the city and found ourselves along the outside wall near the waterfront. 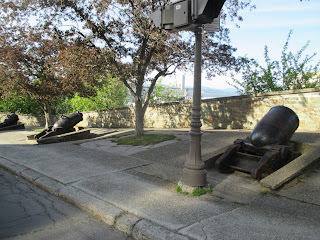 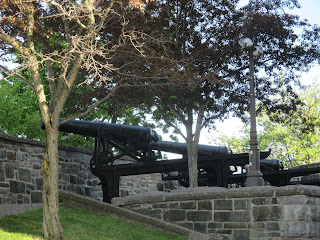 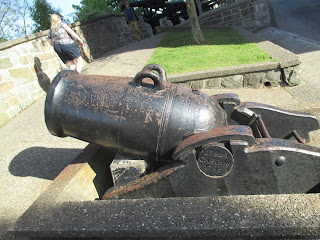 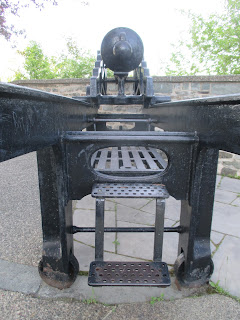 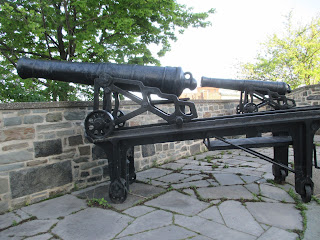 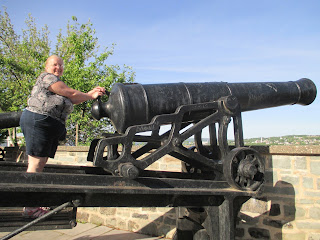 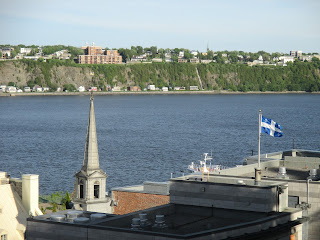 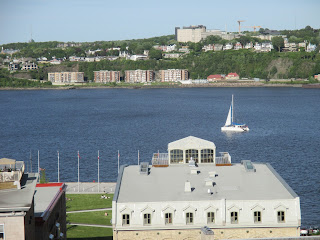 We had a lovely dinner the first night at a place called D'Youville.  We waited for a while because we wanted a table sitting outside.  As it turned out, we ate almost all of our meals outdoors.  It was lovely!  I had a very delicious salmon dinner.   I must say, all the food in Quebec City was delicious! 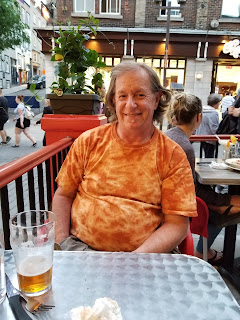 The walk back to the hotel was easy until the very last street, which was quite uphill!  (We learned later to take a different route that was a little easier.)

Our plan for Day 2 in Quebec City was to walk around the city and see as much as possible.