We went to visit our son Nick and his wife Kelly, and of course our two lovely granddaughters, Audrey and Elise.

We've been having a lot of fun playing with Audrey, who is 2 1/2 years old.


Pepere played stuffed animals and Little People with her. 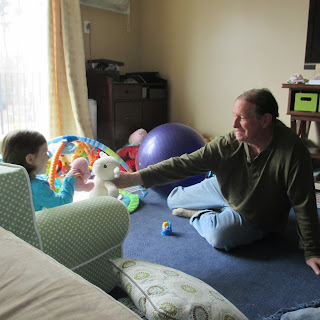 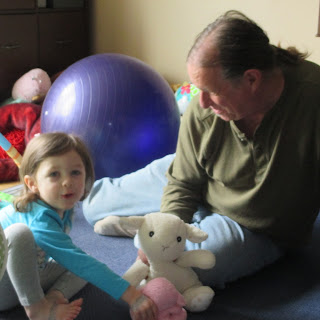 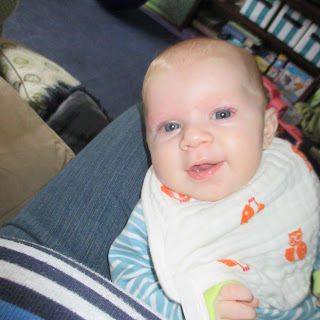 Later on we took Audrey outside - fun with sidewalk chalk. 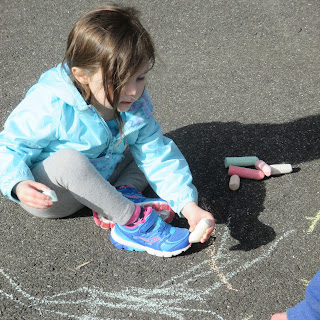 Playing with her ball.  I was impressed she knew all the animals on that ball, including the odd ones. 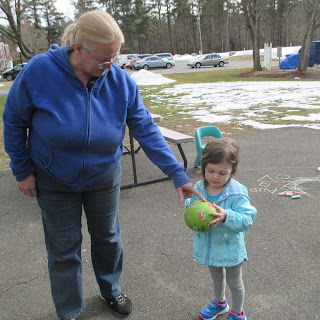 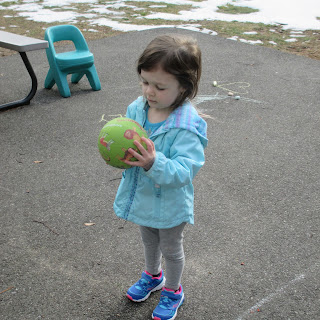 Her idea of throwing and catching was pretty much to hand it back and forth! 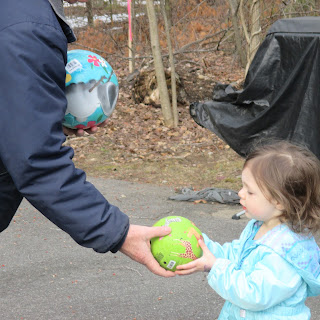 She did try to throw it high up in the air! 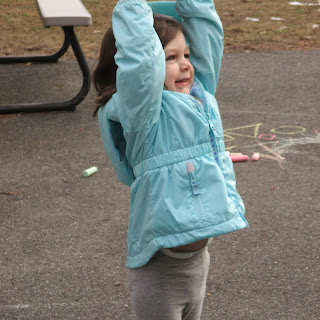 Kicking the balls around with Pepere. 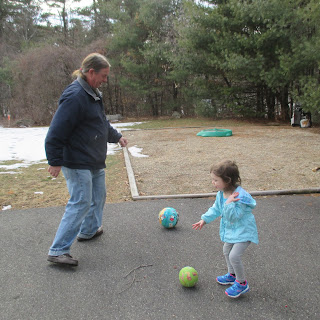 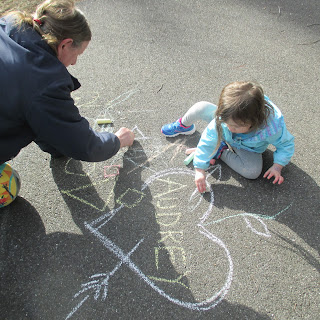 And some exercise for both!

The tradition for Grampy and I for birthdays is to take the Birthday Child out for an adventure.   Elsie's birthday was January 26th and we chose to take her to the Children's Museum in Acton.   We invited her brother Noah to come along - which worked out rather nicely because they get along so well together.

The Children's Museum in Acton is actually two buildings.  One is the Science Center and the other is the Discovery Center.  We chose the Discover Center because it's geared towards children of Elsie's age.

It's a big old house with a lot of separate rooms.  The first room is filled with balls and tubes - put the ball in one place and watch it race around the room and fall into a bucket. 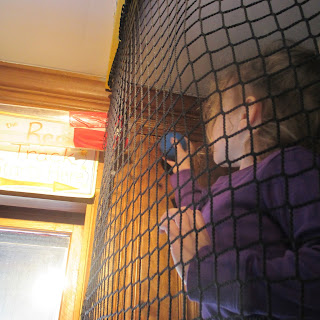 Every inch of the place had little cubbies for
curious children to crawl in. 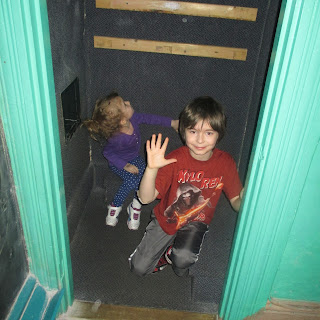 They both loved the Diner.  Noah enjoyed being the "Chef" and Elsie helped out.   I was impressed that Noah actually went up to people we didn't know and asked to take their order! 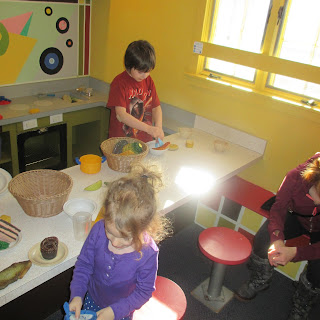 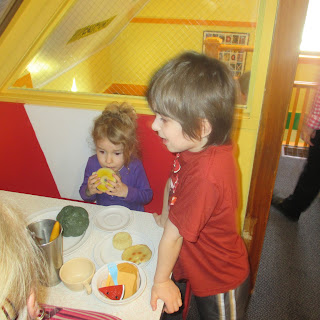 Here I am enjoying my bologna. 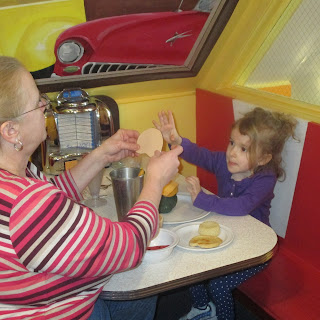 They only spent a few moments in the puppet theater. 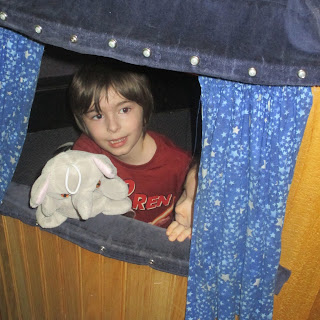 At the top was an open room made to seem like a ship. 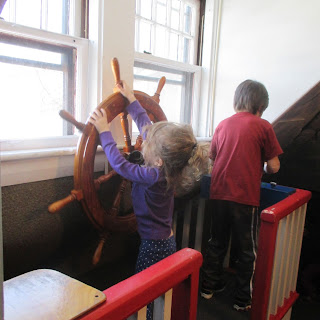 Another small cubby with lots of
stuffed animals to snuggle with. 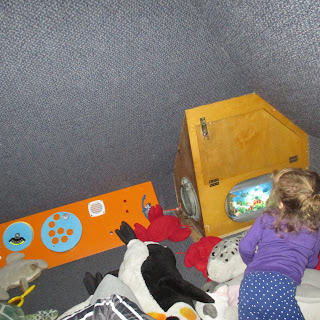 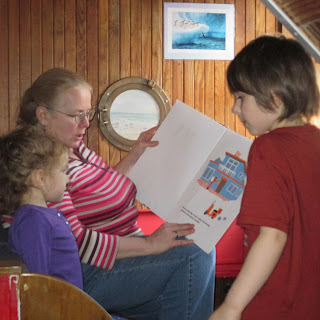 Noah enjoyed being the Pirate Captain. 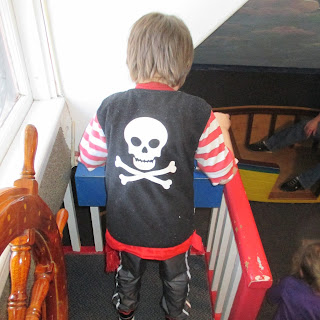 While Elsie and I took a ride in the boat. 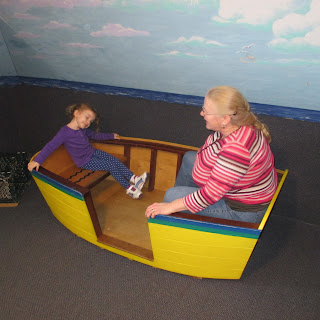 We went back into the Ball Room - Elsie is leaning hard to see where her ball went. 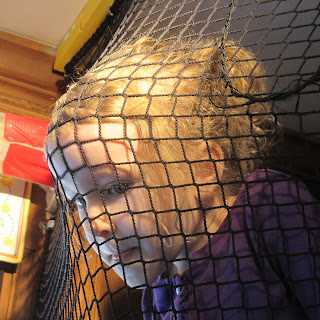 And finally back to the beginning to ride the train. 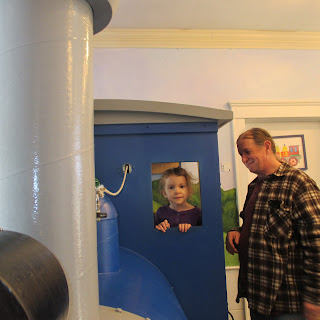 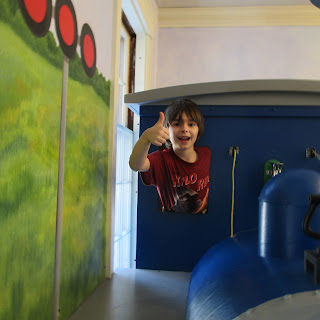 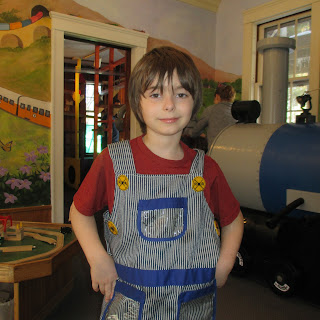 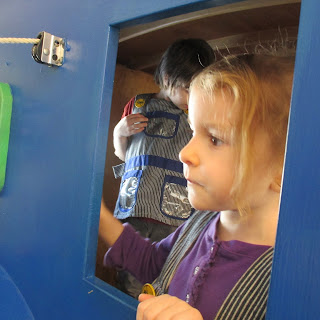 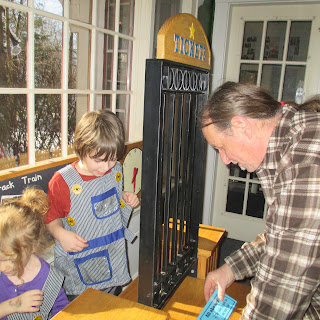 After the Children's Museum we went to Mickey D's that has a Play Place....and the kids spent another hour chasing around! 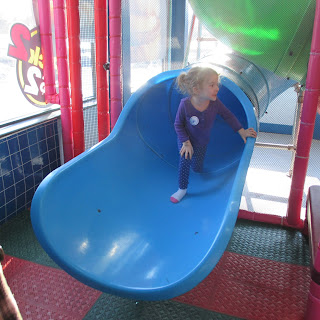 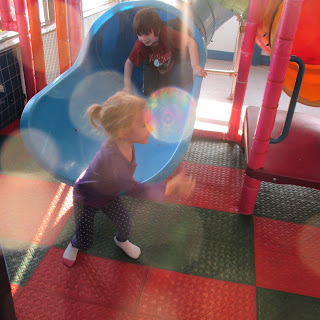 We love taking our Grandbabies out
for adventures for their birthdays!
Posted by Karen at 7:01 PM No comments: